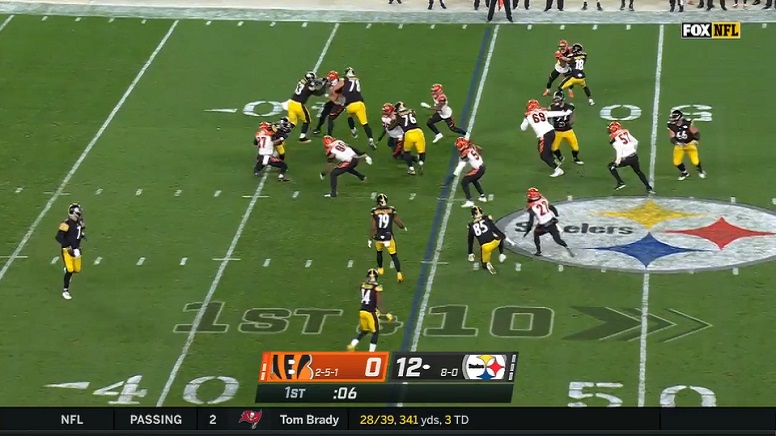 Despite the Pittsburgh Steelers’ decisive victory over the Cincinnati Bengals, there is plenty of concern regarding the rushing attack. Simply put: a running game did not exist against the Bengals. James Conner gained just 36 yards on the ground on 13 carries, resulting in a paltry 2.7 yards per attempt. It is acceptable to have a poor rushing performance on occasion. It happens to all teams.

Thankfully, Pittsburgh’s stout defense, combined with Roethlisberger’s comeback-player-of-the-year level of play has kept the Steelers undefeated. One does have to question, though, how long that can last if the lack of a running attack continues to persist.

To develop some more perspective about how the Steelers are performing on the ground, let’s take a look at some advanced analytics. 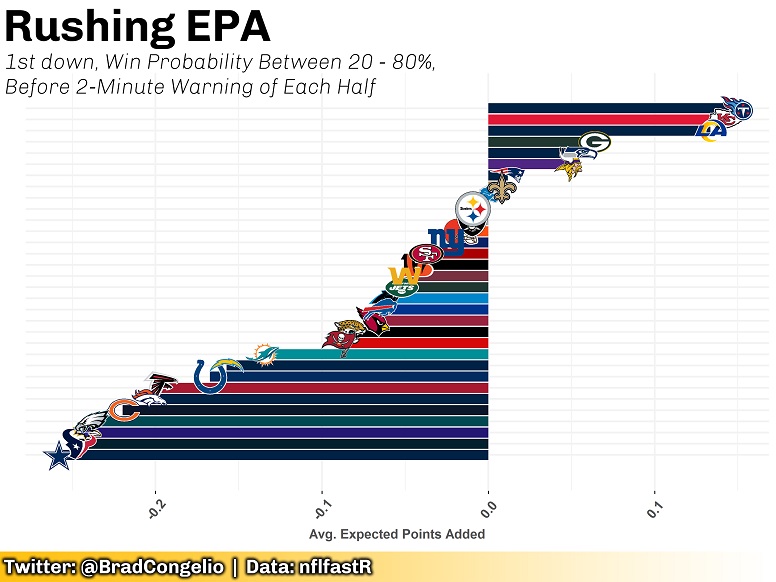 First, let’s examine the average of expected points added (EPA) for rushing plays on first down with a winning probability between 20 and 80-percent with the clock above the two-minute warning in each half. Constructing the constraints in this fashion eliminates what is colloquially referred to as “garbage time” in the analytics community, where the statistics often get filled with “noise” that create awkward trends and regressions.

The EPA stat, specifically, argues that not all yards are created equal. A 3-yard run on third-and-2 is incredibly more valuable than a 2-yard run on second-and-3. Because of this, the EPA formula takes situational football into account to determine how likely any singular play is to assist a team in ultimately scoring a touchdown on that specific drive.

Based on the graph above, you can see that first down rushing is slightly negative for the Steelers, which is not good. That said: Pittsburgh is better than much of the NFL in these situations but teams like the Titans, Chiefs, Rams, and Packers are having much more success at running on first down, ultimately placing less pressure on their quarterbacks to convert long-yardage situations for first downs.

The Pittsburgh running game isn’t totally harmful on first downs like the Cowboys, but it certainly isn’t helping being so neutral. Even moving across the 0.0 line a tad into positive will have a domino effect impact, wherein defenses will be forced to respect the run game more.

Aside from EPA, another useful advanced metric to explore the impact of a team’s ground game is success rate. 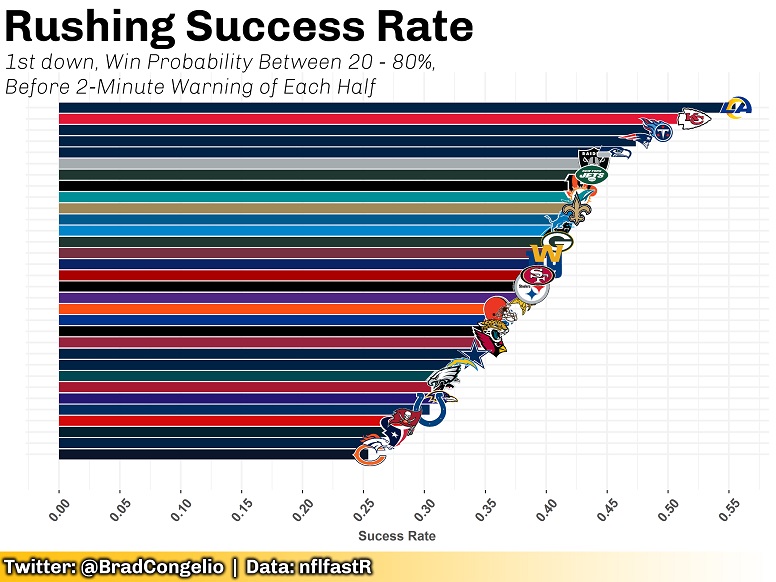 Success rate is ultimately a measure of efficiency in determining whether any single play was considered successful or not. In terms of rushing success, the formula measures the percentage of the total number of plays that gained enough yardage to be deemed successful. On first down, as explored in the graph above, a successful play is one that gains half of the yardage to move the chains (ie., five rushing yards on first-and-10). A successful second-down play is one where 70-percent or more of the required yardage is gained for a first down. Third- and fourth-down success rates are determined, specifically, by whether or not a new set of downs was achieved.

As displayed in the above graph, the Steelers are smack in the middle of the NFL for rushing success rate on first downs, getting the required five yards approximately 37-percent of the time.

But, put that into context. That means the Steelers are facing second-and-long more often than not. Second-and-long is obviously going to happen, but teams like the Chiefs and the Rams are putting their offensive units in very desirable situations by being able to eat up so much yardage on the ground on first down.

That being the case, are the Steelers are more successful on the ground on second downs? 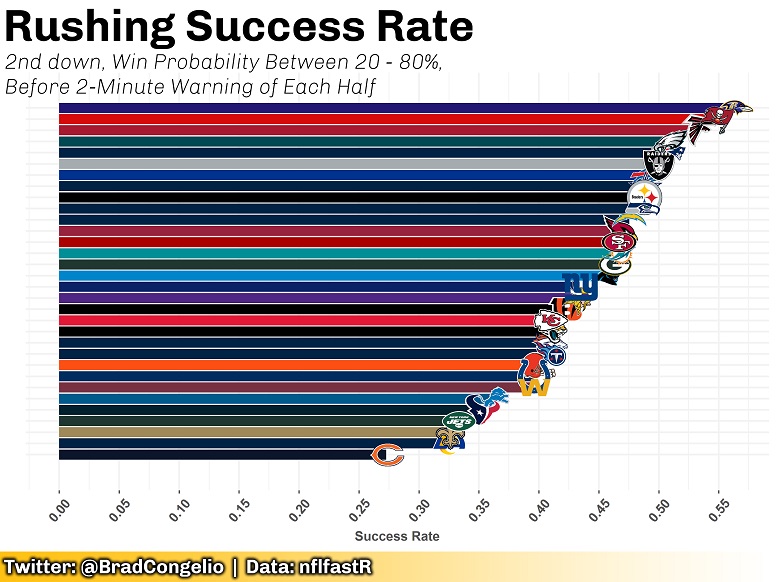 As it is, the Steelers continued success is only likely if the running game is able to be corrected to match the early portions of the season when over 100-yards were gained in the first five games. A very good first step in doing so is finding more success on first down, allowing for pressure to be taken off the passing game, thus forcing defenses to play a bit more honestly.