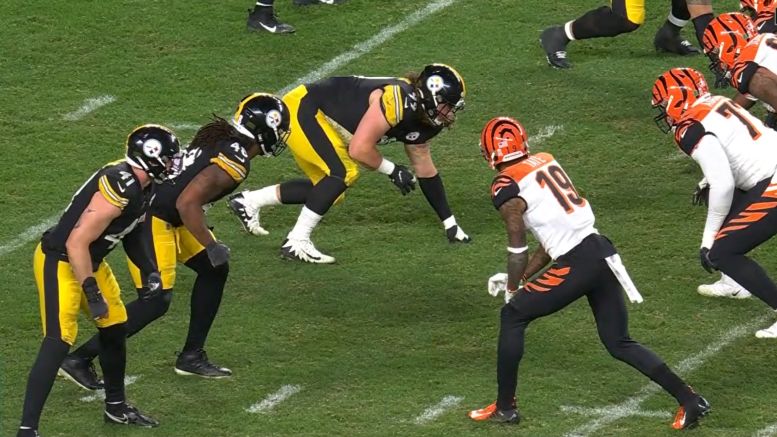 There are some things that fans or general outside observers take more seriously or view as more of an issue than is the case inside of locker rooms. One of the issues that us fans tend to obsess over is the idea of good teams ‘playing down’ to competition and of giving up a game that a team should win—according to betting lines and other intangibles that don’t come into play between the white lines.

With the Pittsburgh Steelers out to a 9-0 start this season and in the middle of a spate of games against losing teams—first a close game against the Dallas Cowboys, then a blowout against the Cincinnati Bengals, with an upcoming trip south to play the Jacksonville Jaguars—it has obviously been a topic on the outside in recent weeks. But not on the inside.

“We only have conversations about winning”, starting safety Terrell Edmunds told reporters yesterday when he was asked about whether or not it is even a conversation among his teammates in the locker room about needing to guard against having a letdown, via video provided by the team’s media department.

“We’re just focused on trying to win, focused on getting better, focused on what we messed up on last game that we can fix up before this next game”, he said. “Even though we had a big win yesterday, everything wasn’t perfect, so we talk about it today over Zoom, and now it’s time to go out and fix it on Wednesday and go out Sunday and win another football game”.

While Pittsburgh has had some commanding victories so far this year (prior to this game, they also had a blowout against the Cleveland Browns), they certainly haven’t had any games that could be described as coming close to perfection. Whether or not you want to call either of them a ‘complete game’ is up to you, but the gist here is that there has never not been room for improvement.

After this one, for example, we have to have the obvious conversation about the running game, and in particular the run blocking. More often than not, the blocking on running plays was simply bad, with linemen being blocked into each other, pullers missing their mark, and the line in general unable to get push or opening holes on the inside.

Every position game and every player is going to have its own individual plays to analyze to figure out what went wrong on their end specifically and what to do about it to work to prevent it from happening again.

As we have heard the Steelers say almost every week, though, it’s better to identify your shortcomings in games that end with a win than with a loss. So far this season, they’ve never had to do so after a loss, simply because they haven’t lost yet. That’s a problem 31 other teams would like to have right now. Any team would take a ‘trap’ game, for that matter.