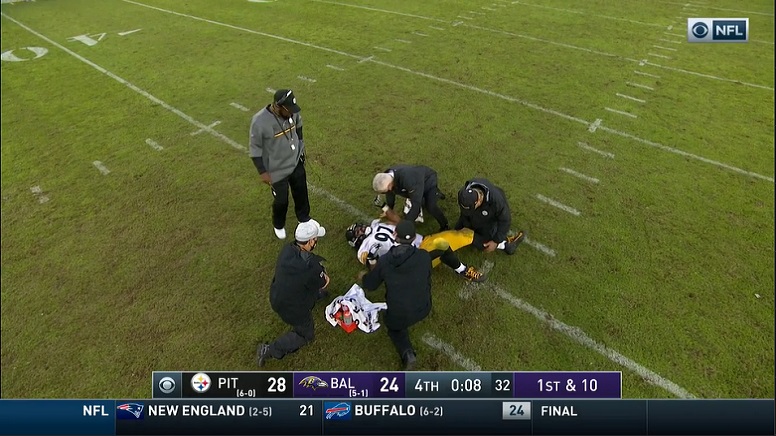 The Pittsburgh Steelers beat the Baltimore Ravens on the road Sunday and in the process, they had two starting defensive linemen suffered injuries in defensive tackles Tyson Alualu and Cameron Heyward.

Alualu left in the first quarter with a knee injury while Heyward left the contest late with a lower left leg issue of some kind. Steelers head coach Mike Tomlin was asked about both players during his postgame press conference.

“I don’t have the details,” Tomlin said about Heyward. “Maybe it was a cramp the first time he went down. I don’t know what it was the second time, so I’ll have that for you the next time we visit.”

Heyward needed to be helped off the field by two teammates the second time he went down injured so hopefully he’s not seriously injured.

As for Alualu’s injury, Tomlin didn’t have any info on his knee issue.

“I don’t have the answer to that, Tomlin said. “I will the next time we visit.”

The Steelers entered Sundays game without defensive end Chris Wormley as he was placed on the Reserve/Injured list on Saturday with a knee injury. With Wormley sidelined, defensive linemen Henry Mondeaux and Isaiah Buggs both dressed against the Ravens.

Steelers quarterback Ben Roethlisberger needed his surgically repaired elbow looked at midgame but during his postgame press conference he said it’s fine and that just his funny bone was hit.