The Pittsburgh Steelers have now released their first official injury report of Week 11 ahead of their Sunday road game against the Jacksonville Jaguars and the Wednesday offering shows that nine players failed to practice earlier in the day.

The Steelers have there other players on their Wednesday injury report who practiced fully earlier in the day and they are running back Anthony McFarland Jr. (illness), cornerback Mike Hilton (shoulder), and defensive end Isaiah Buggs (ankle).

All three players were inactive against the Bengals this past Sunday after ending the week listed as questionable on the team’s injury report. Hilton has missed the team’s last four games but the hope is that he’ll be able to return to action on Sunday in Jacksonville against the Jaguars. 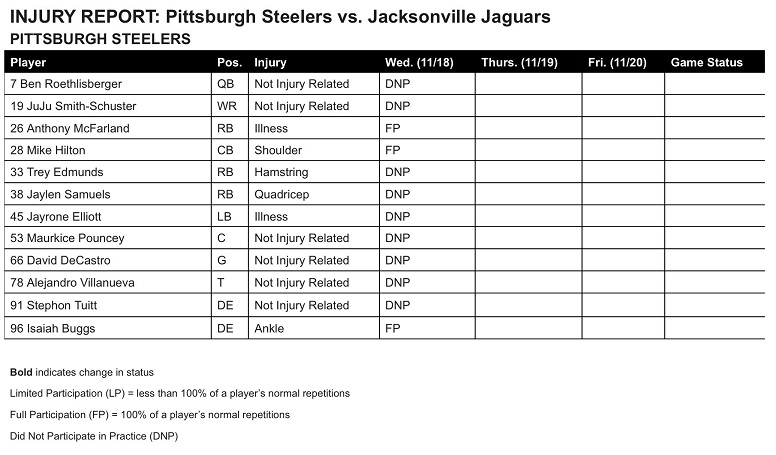