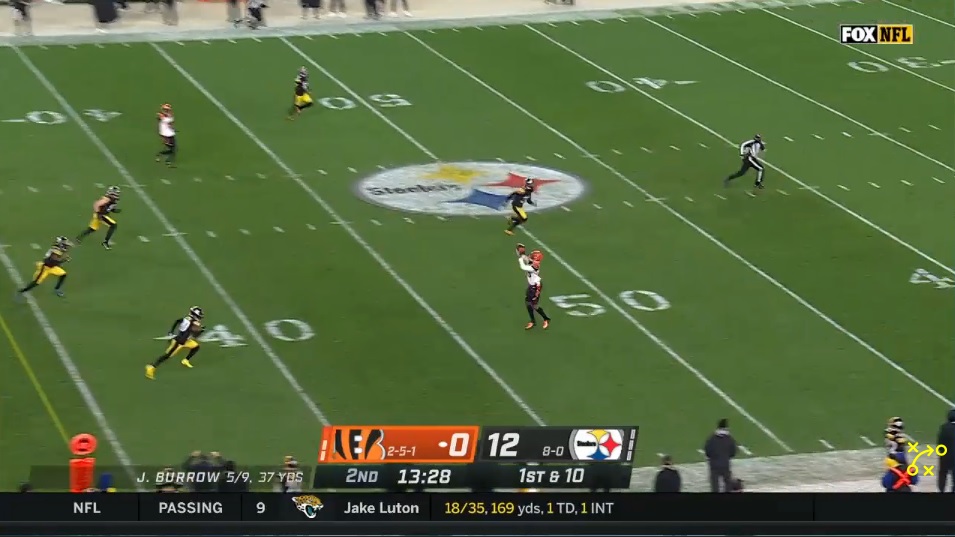 As we’ll do every week to get you ready for the upcoming game, our X Factor of the week. Sometimes it’s a player, unit, concept, or scheme. Our X Factor for tomorrow’s game against the Jacksonville Jaguars.

Last week, our X Factor was the Pittsburgh Steelers’ vertical passing attack. This week, we’re flipping the focus. Defending the Jaguars’ vertical attack. Because if they’re going to upset the Steelers, it’s going to require a couple big plays. Even knowing their rushing attack could have a decent day, that alone isn’t likely to be enough to knock off the heavily-favored Steelers. It wasn’t enough for Baltimore, wasn’t enough for Dallas, wasn’t enough for Cincinnati, all teams who ran for 125+ on Pittsburgh.

So an upset is going to require more than an on-schedule run game. The other element of the Jaguars’ passing attack is their vertical pass game. They’re not scared of throwing deep even with rookie QB Jake Luton making his third career start. His second ever pass in the NFL was a 73 yard dime to DJ Chark down the left sideline.

And this receiving trio, while not a top-tier group in terms of talent, has plenty of speed. Chark ran a 4.34 coming out. #3 receiver Chris Conley ran a 4.35 coming out. And Keelan Cole, while not blessed with innate speed, is a big-play guy who ran back a punt 91 yards the other way last week. All three of those guys are averaging over 12 yards per catch.

Strong as the Steelers’ defense has been, the secondary has been prone to miscommunication. Tee Higgins went for 54 yards in the clear last week thanks to a blown coverage, Joe Haden not getting a last-second coverage check. If Chark or Conley catch that pass with so much open grass, that’s going for a just a big play. It’s going into the end zone. Pittsburgh’s allowed 31 completions of 20+ yards this season which ranks in the bottom-third of the league. They’re on pace to allow 55 such plays this season. Last year, they gave up just 43 over the entire season. So there’s been some level of regression.

That type of stuff has to get cleaned up. If not, this is going to be another in a too-long line of close games against the Jaguars and could lead to the Steelers’ first loss of the season.