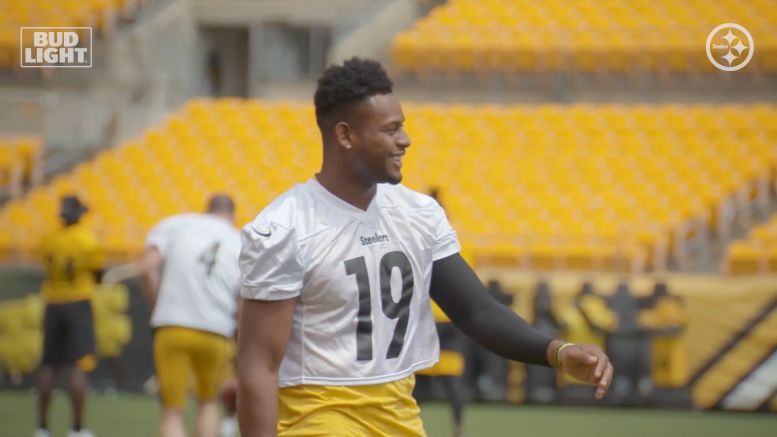 Although they didn’t play many snaps offensively last week, the Pittsburgh Steelers did play the Baltimore Ravens. And the week before that, they did play a lot of snaps, against the Tennessee Titans. Both were draining games, as quarterback Ben Roethlisberger has been the first to admit.

But he also appreciates what head coach Mike Tomlin has been doing during the course of the work week in an attempt to monitor and compose the conditioning level of his players, perhaps especially in light of the manner in which their bye week was moved earlier in the year.

Speaking to the media earlier today, Roethlisberger was asked if he would be able to get his level of enthusiasm back up in time for game day on the road against the Dallas Cowboys, he more or less brushed off the suggestion, as well as the notion that he might not be physically ready.

“Coach is doing some things this week, especially today just to get guys back in terms of the way practice is going to be scheduled and things like that”, he added about Wednesday’s practice, which is typically one in which he works little or not at all anyway, but others have commented as well.

According to Brooke Pryor, JuJu Smith-Schuster described today’s sessions as a “hats” practice, meaning no helmets, and said that Tomlin made this decision in part based on the fact that they have gone through a gauntlet of tough games and have no bye week coming up. Remember, this is the week they were supposed to have a bye.

Chase Claypool, the rookie wide receiver, also talked about how Tomlin is managing his players’ maintenance, noting how it contrasts with the experience of a friend of his in San Francisco. “The Niners, they’re still wearing full pads on Thursdays and stuff”, he said.

“We haven’t done that since camp”, he added. “Having a coach that understands how long the season is and the wear and tear on your body is super helpful for getting you through the season and being able to play well in the playoffs”.

At 7-0, it stands to reason that the Steelers are angling to make a playoff run, though it’s important to recall that, unless they lock up the top seed in the AFC, which is a possibility, they will not have another game off unless they actually reach the Super Bowl—and possibly not even then, if an 18th week to the regular season has to be added.

In theory, the Steelers could play 17 consecutive weeks of football if they don’t lock up the number one seed, so that makes it all the more important that they ensure they are doing what they can in-season to keep their bodies fresh.