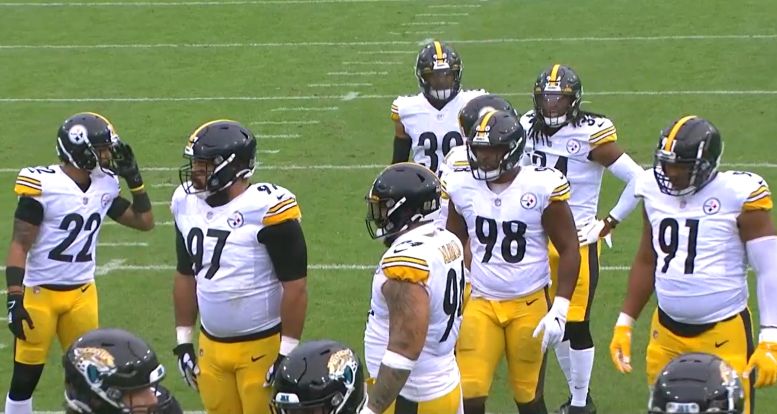 Now 10 games into the 2020 season, the Pittsburgh Steelers have already played every single defensive player on their roster at their listed positions—meaning not just on special teams—a total of 28 now, a number that also includes linebackers Devin Bush and Ulysees Gilbert III, who are both on injured reserve. All but one, actually, in backup outside linebacker Jayrone Elliott, who was recently signed, and did play defensive snaps last year.

According to Pro Football Focus, this is the highest number of (defensive) players the Steelers have played for meaningful defensive snaps during a season since 2013, when they also played 28, including the likes of Brian Arnfelt and Da’Mon Cromartie-Smith and Hebron Fangupo.

This is a mix of good and bad news. Some have played due to injury. Some have developed regular roles to fill the void that injuries created. Others have gotten into the game because the Steelers had a commanding lead and they simply had the opportunity to play them.

They just keep plugging them in and they keep rewarding them with victories. The most significant depth player is, of course, Robert Spillane, who has been responsible for taking over the mack linebacker position after Bush suffered a torn ACL.

While he is far from a one-for-one replacement and has never attempted to be, the second-year linebacker has delivered more than serviceable play in five starts. Since taking over for Bush, he has registered 35 tackles, including three for loss, with a sack, a fumble recovery, an interception returned for a touchdown, and two total passes defensed.

The team has, fortunately, not had to call upon anybody else with such significance, but we have seen others emerge through attrition, with rookie outside linebacker Alex Highsmith taking on a heightened role and being included in a five-linebacker package, a product of missing cornerback Mike Hilton.

While Hilton was out, we also saw others get opportunities to get on the field, including Marcus Allen, Justin Layne, and Antoine Brooks, the latter being a rookie safety who is on the practice squad. He played 28 snaps two games ago against the Cincinnati Bengals.

Another rookie, defensive lineman Carlos Davis, has been active for the past few weeks and has now apparently taken over Isaiah Buggs’ role as a gameday active. He only played eight snaps this past game, but he has three tackles on the season so far, one for a loss, on 31 snaps.

Even rookie undrafted free agent cornerback James Pierre was able to get in the game on Sunday at the end of a 27-3 win, and he made an impact right away with a tackle for loss on a screen pass. He has been a bit of a standout on special teams. If they can develop him into a defensive contributor, that would be a real bonus.

From Avery Williamson and Sean Davis to Henry Mondeaux and Jordan Dangerfield, the Steelers have gotten contributions from all over the place this year, and the end result is the league’s number one defense in points allowed.