The Pittsburgh Steelers have now released what will likely be their final injury report of Week 11 ahead of the team’s Sunday road game against the Jacksonville Jaguars and the Friday offering shows that three players are now officially ruled out for that contest.

After failing to practice yet again on Friday, the Steelers have no ruled out running back Trey Edmunds (hamstring), outside linebacker Jayrone Elliott (illness), and running back Jaylen Samuels (quadricep) for Sunday’s road game against the Jaguars. It will now be interesting to see if any of these three players wind up being moved to the Reserve/Injured list on Saturday.

None of the nine players that practiced fully on Friday received game status designations on the injury report and that’s a sign that all should be available to play on Sunday against the Jaguars. Hilton is the most notable name on that list of nine players as he has missed the team’s last four games with a shoulder injury. 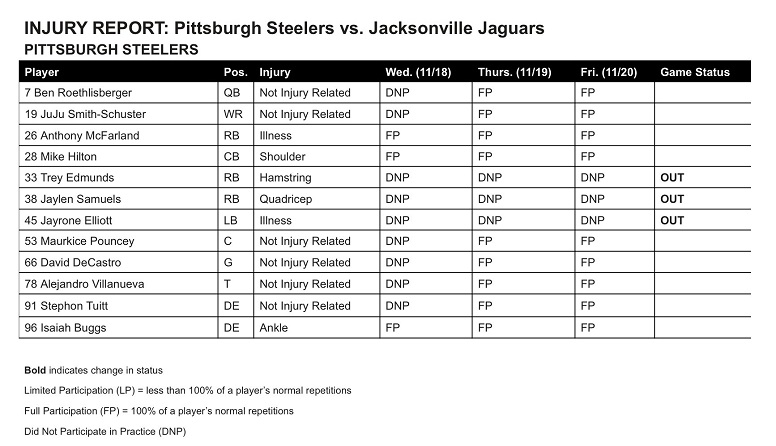