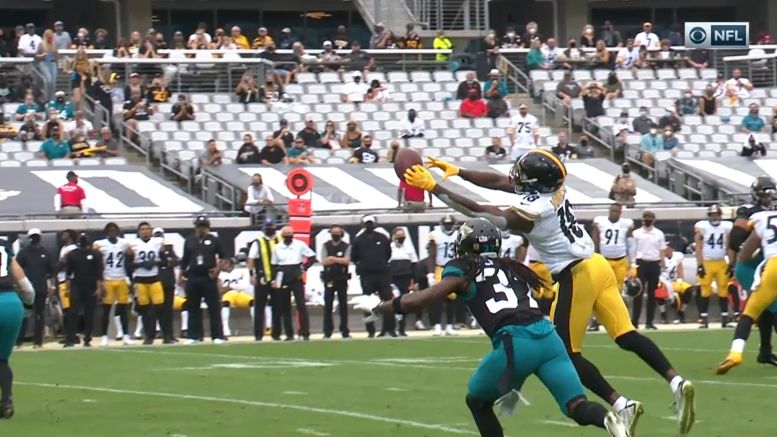 There was a brief period in the middle of the 2020 season that it looked as though the Pittsburgh Steelers were getting over their early hiccups on offense. Pittsburgh had gotten off to a good start during a three-week run following their bye week in which they were able to put up a good number of points per drive. That has been anything but the case since the Baltimore Ravens game, and it’s now extended into a fourth consecutive week.

There is something of a caveat here, as, technically speaking, the Steelers did score on three of their first five drives last week against the Cincinnati Bengals. Two of them, however, were field goals on drives that started inside of Bengals territory, including one from the 32 following a fumble on a punt from the opening drive. It wasn’t until the fifth drive that the offense started to get going.

And as implied, things did not go well to start Sunday’s game against the Jacksonville Jaguars, either. In fact, it got off to such a bad start that they actually failed to score on an opening drive that began in Jaguars territory after Jacksonville attempted an onside kick that they failed to recover. Chris Boswell missed a field goal on a bad snap from Kameron Canaday.

Granted, the Steelers’ second drive began from their own five-yard line. I would imagine that that the percentage of drives that end up scoring that begin inside of a team’s own 10-yard line is pretty low. But you never want to spend too much time trailing, whether against a winning team or otherwise.

Pittsburgh got off to a good start on the third drive at the top of the second quarter, beginning from the 24-yard line following a punt, starting off with a big 22-yard completion to Diontae Johnson. Ben Roethlisberger also found James Conner for a 14-yard screen. In the end, however, they stalled after 50 yards, and settled for a 44-yard Boswell field goal to finally tie the game at 3-3 about 20 minutes into the game.

Even their fourth drive had a scary moment in which it looked like it would stall near midfield after hitting a 3rd and 5. But Roethlisberger was able to make a beautiful arcing throw to James Washington, who made an equally great catch for 12 yards, for the conversion.

A short time later, the Steelers took their first lead of the game with Roethlisberger going over the top down the right sideline to Chase Claypool for the 31-yard touchdown. It was the rookie’s eighth receiving touchdown of the year and 10th overall, and Roethlisberger’s 23rd touchdown pass.

It looked like it would be the defense to stumble, allowing the Jaguars to respond with an impressive drive, but a tipped pass inside the red zone by Tyson Alualu led to a Minhah Fitzpatrick interception that set up a second consecutive Steelers touchdown drive to finish off the first half with a 17-3 lead.

As it would so happen, the offense opened the second half with another slow start (which has also been common). They would punt on all three third-quarter possessions, but a 10-0 fourth quarter wrapped things up at 27-3 overall. Roethlisberger acknowledged after the game that they continue to have to be better. They certainly have to get off to better starts—in both halves.