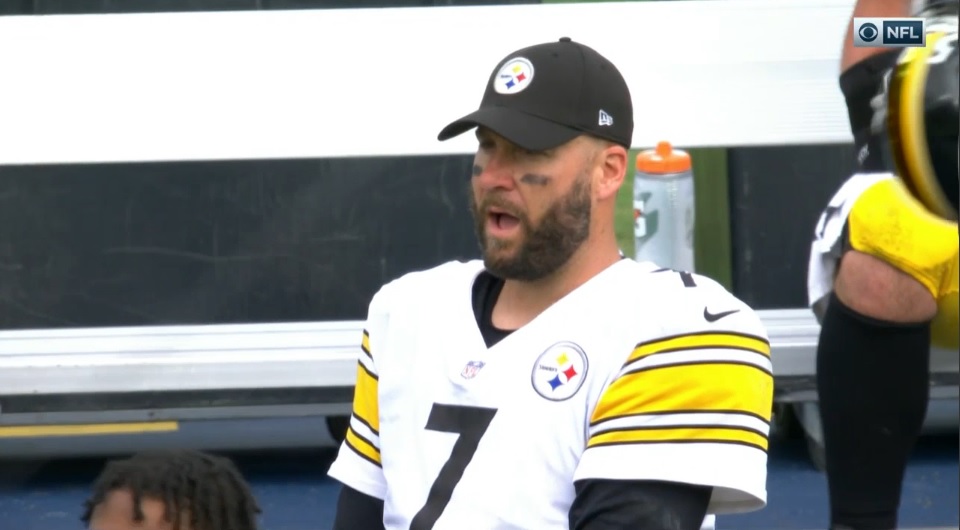 Has it felt like there’s been a lot of online disrespecting of Pittsburgh Steelers quarterback Ben Roethlisberger the last few weeks? Well, you haven’t seen anything yet as we now have one NFL analyst from ESPN wanting people to believe that there’s a real chance that Roethlisberger might be done in Pittsburgh after the 2020 season.

In a Friday ESPN post for insider subscribers, Dan Graziano, who has covered the NFL for several years, suggested that Roethlisberger could very well wind up being a Steelers salary cap causality after the 2020 season is over with. Below is what Graziano wrote about Roethlisberger’s potential future past the 2020 season.

It’s possible Roethlisberger retires and saves the team the headache. But if he doesn’t, it’s hard to imagine the Steelers bringing him back on his current contract. His cap hit for 2021 is more than $41 million. He has only one year left on his contract, so the team can’t restructure it any more than it already has. Pittsburgh could extend his contract and knock down some of that cap hit, or it could release him and save $19 million of the $41 million in cap charges.

This situation likely depends on how the rest of this season goes and what Roethlisberger decides. If he sticks around — and kind of even if he doesn’t — the Steelers have some tough decisions to make elsewhere. Pass-rushers Bud Dupree (free agent) and T.J. Watt (one year left) are both up for extensions, as is wide receiver JuJu Smith-Schuster (free agent) and a number of other key Steelers.

If they want to try to keep even some of those guys around, they will have to cut elsewhere. A potential cut could be defensive end Stephon Tuitt, who has two non-guaranteed years left and would save Pittsburgh about $5.6 million in 2021 cap space. Linebacker Vince Williams ($4 million cap savings) and tight end Vance McDonald ($5.2 million) are more obvious potential cuts. It could be a rough offseason in Pittsburgh.

First, Roethlisberger is not going to retire after the 2020 season as long as his arm and elbow are still completely intact. Graziano must have forgotten what the Steelers quarterback said about his future earlier in the offseason.

Roethlisberger currently has the Steelers at 9-0 in Week 11 and barring a monumental collapse, the team will be back in the playoffs again for the first time since the 2017 season. At this point, it will be surprising if the Steelers don’t make it to the AFC Championship game. As long as Roethlisberger keeps playing the way he’s playing, the Steelers have a legitimate chance at adding another Lombardi to their collection in February.

Regardless of how the rest of the 2020 season plays out, Roethlisberger intends on honoring his current contract and he’s said that several times over the course of the last 18 months. That means he intends on playing at least through the 2021 season.

Roethlisberger, by the way, is currently due a $15 million roster bonus on the third day of the 2021 league year in March. In short, it’s not hard to imagine the Steelers signing Roethlisberger to another two or three-year extension in late February or early March and especially if the quarterback makes it through the remainder of the 2020 season fully healthy. Such an extension, as I wrote way back in August, could realistically result in Roethlisberger’s 2021 salary cap charge dropping somewhere between $4 and $8.5 million.

Moving past Graziano’s absurd speculation that Roethlisberger could potentially be a 2021 salary cap casualty, it’s also quite amusing that he listed outside linebacker Bud Dupree as a potential offseason resigning candidate. That really shows how out of touch Graziano is with the Steelers 2021 cap situation. There is no way that Dupree will be retained during the offseason. The Steelers can’t keep everyone, and Dupree is one of those everyones they currently have that’s destined to leave in free agency.

It’s also quite amusing that Graziano has defensive end Stephon Tuitt as possible offseason cut as well. If Tuitt stays healthy the remainder of this season, he’s guaranteed to be back in 2021. He’s playing out of his mind this season and a cap savings of just $5,659,250, prior to roster displacement, is not a great tradeoff for a player of his caliber.

About the only two players that Graziano listed in his Friday article of potential salary cap casualties that are plausible are tight end Vance McDonald and inside linebacker Vince Williams. Even so, it’s not totally unthinkable that the team might ultimately be able to convince both players to take pay cuts down to veteran minimum amounts in order to stay one final season.

Is this just a hot take to get readers? Is it clickbait? I’m not really sure, but as an ESPN+ subscriber, I certainly hate the fact that I paid for such dubious speculation about Roethlisberger’s immediate future. Once again, the only way Roethlisberger doesn’t play in 2021 with the Steelers is if something happens injury-wise.

Man, this is some kind of week Roethlisberger has had when it comes to him getting disrespected by the major media. He certainly doesn’t deserve it with the Steelers being the last unbeaten team in the NFL 10 weeks into the regular season.