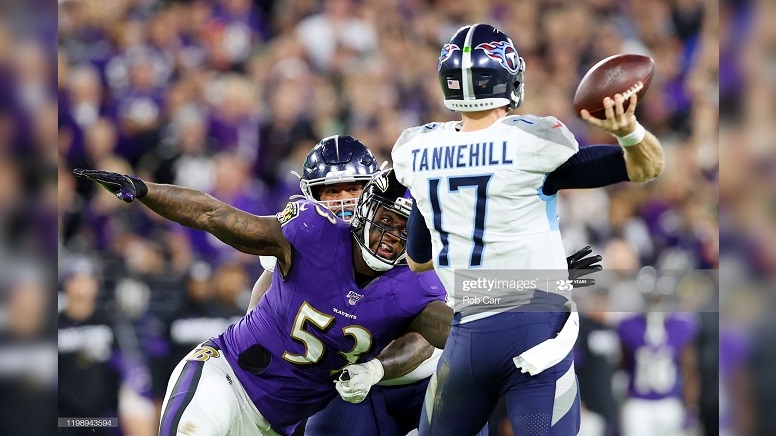 The issues continue on in Week 12 for the Baltimore Ravens as the team placed yet another player on the Reserve/COVID-19 list on Thursday.

According to reports on Thursday, the Ravens have now placed backup defensive end Jihad Ward on the team’s Reserve/COVID-19 list. In addition to these three players, running backs J.K. Dobbins and Mark Ingram II, outside linebacker Pernell McPhee, offensive linemen Patrick Mekari and Matt Skura, defensive tackle Calais Campbell, and defensive tackle Brandon Williams were all placed on the Reserve/Covid-19 list earlier in the week. Quarterback Trace McSorley was also placed on the list on November 20.

Ward has been inactive for the past four games. He has 12 tackles and one sack this season.

According to reports, most of these Ravens players now on the team’s Reserve/COVID-19 list will ultimately be forced to miss the Sunday road game against the Pittsburgh Steelers after testing positive for COVID-19. The Ravens are down most of their defensive line depth chart at this point and the team has yet to practice any this week.

In the case of Williams, however, it’s plausible that he might ultimately be cleared to play against the Steelers on Sunday if he fails to test positive the next several days. He was reportedly placed on the COVID-19 list as a close contact player.

Earlier on Wednesday, the NFL announced that the Ravens-Steelers game originally scheduled for Thanksgiving night has been moved to Sunday at 1:15 p.m.

A look at the Ravens defensive linemen: