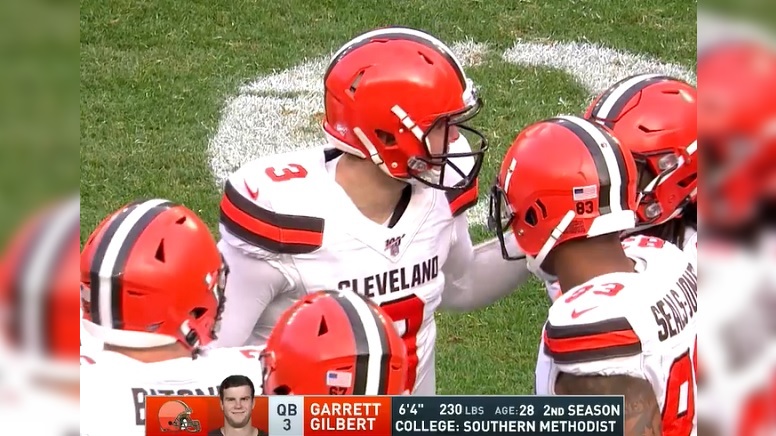 The Pittsburgh Steelers will play the Dallas Cowboys on the road on Sunday and it looks like they’ll be facing quarterback Garrett Gilbert.

The #Cowboys plan to start QB Garrett Gilbert on Sunday against the #Steelers, sources tell me and @RapSheet. Gilbert has gotten the majority of reps this week in practice. Assuming all goes well today, Gilbert starts and Cooper Rush backs him up.

The Cowboys  signed Gilbert off the practice squad of the Cleveland Browns in the middle of October after starting quarterback Dak Prescott was lost for the season with an ankle injury. For his career, Gilbert has appeared in six regular-season NFL games, but he has never started one.

The Browns signed Gilbert in April 2019 after the Alliance of American Football folded while he led the league in completions and passing yards. Originally selected by the St. Louis Rams in the sixth round of the 2014 NFL Draft out of SMU, Gilbert has since attempted six total passes in NFL games of which he completed two for 40 yards. He’s played all of 21 offensive snaps in the NFL.

Last season as a member of the Browns, Gilbert saw playing time in both games against the Steelers. He attempted just two passes in the second of two meetings between the two teams but failed to complete either of them.

Remember that Uncle Dave told you that you will see this on Sunday. Similar concept Giants ran in Week 1 on deep TD to Slayton. Yes, Uncle Dave watches AAF tape, too. pic.twitter.com/o1O9bL2NiW