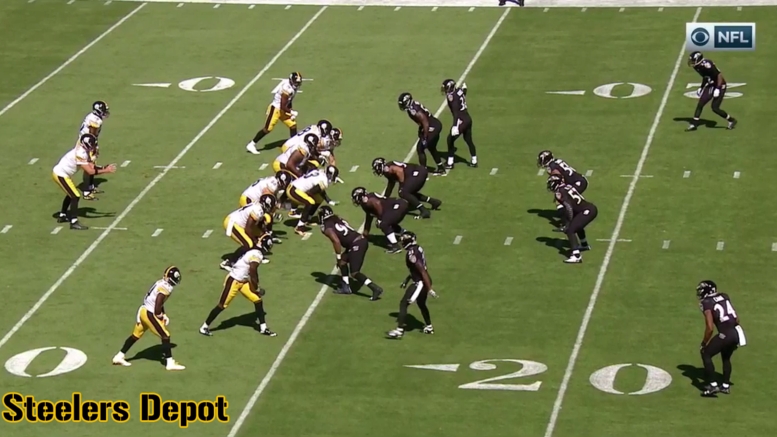 There is one major topic going on surrounding the Pittsburgh Steelers right now—really the NFL as a whole—so bear with us if it is our focus for today, or for however long it is the necessary prevailing discussion, since it pushes other things out of the way.

After all, under normal circumstances, we would be writing about how the Pittsburgh Steelers took another key step toward clinching the division yesterday, eliminating the Baltimore Ravens from the running, and possibly even securing a playoff spot with fives games left to play. But the game hasn’t been played yet, and we’re not even sure when it will be played.

One germ of information that came out last night that is very important to clarify, because it painted a certain type of picture about the issue, is that the Ravens, as an organization, made a decision that it would be voluntarily shutting down its facilities at least until Monday out of an abundance of caution.

This information was reported by Adam Schefter of ESPN, but it was framed and presented poorly—and with undue pessimism. Basically, he pulled a Rapoport, injecting personal interpretation where it doesn’t belong.

“Ravens players were told today by their HC John Harbaugh that, for everyone’s safety, they will not be allowed back in the training facility until Monday at the earliest, sources tell ESPN”, he wrote. Then he added, “Ravens are scheduled to play Steelers on Sunday, so that game doesn’t seem possible”.

Ravens players were told today by their HC John Harbaugh that, for everyone’s safety, they will not be allowed back in the training facility until Monday at the earliest, sources tell ESPN.

Ravens are scheduled to play Steelers on Sunday, so that game doesn’t seem possible.

This is not just pessimistic, but inaccurate. The Ravens’ organizational decision has nothing to do with whether or not the game can be played on Sunday. Mike Florio of Pro Football Talk later added the league had not yet made a decision.

Let’s try this another way. Per source, this isn’t Harbaugh’s call to make. Decisions have not yet been made. https://t.co/6LV5OJci2k

The Ravens are planning on being cautious with their players in light of the positive tests, so expectation is they’ll work remotely the rest of the week. That was their call, not the NFL’s.

If the NFL says they play Sunday against the Steelers, then they’ll be ready to play.

With that being said, is the game in jeopardy of being moved from Sunday? Of course it is. That depends on what happens over the course of the next couple of days. The league may even evaluate the data that they currently have overnight and decide this morning that it is not viable for the game to be played.

But Baltimore’s facility being closed off to players until at least Monday, which is of course after the game is currently scheduled to be played, because Baltimore chose to close its facility, in no way in and of itself makes it less likely that the game will be played on Sunday.