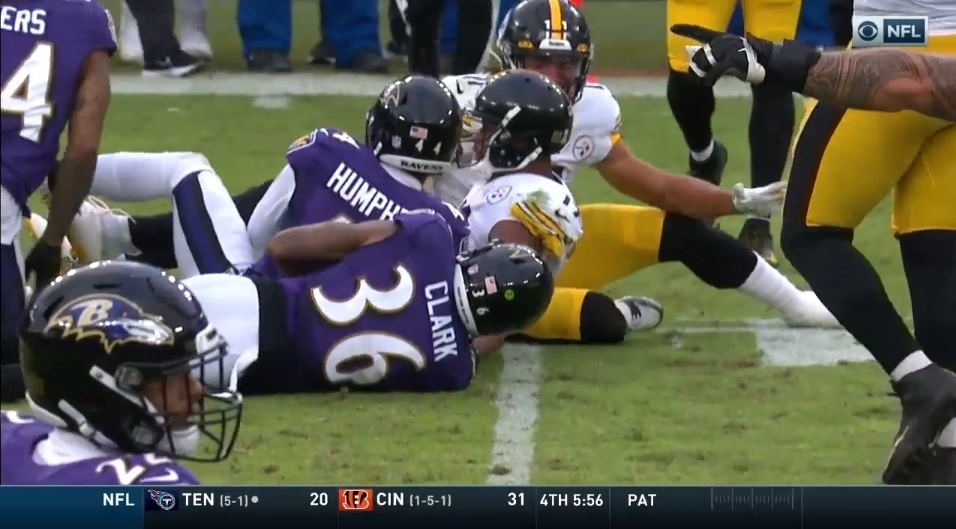 Baltimore Ravens starting cornerback Marlon Humphrey announced he’s tested positive for COVID, leading to questions over if any Pittsburgh Steelers have been infected with the virus. Humphrey tweeted out the news a short time ago on Twitter.

I got the Rona hopefully I’ll be back healthy soon

In a response made by team spokesmen Burt Lauten, all the Steelers COVID tests have come back negative.

“Our results from Sunday’s testing have come back negative,” the statement in part reads.

Humphrey played all 53 of the Ravens’ defensive snaps in Sunday’s loss to the Steelers. He finished the game with four tackles.

It’s unclear how much, if any, disruption this will cause the Steelers going forward. Players will continue to be tested throughout the week. COVID has an incubation period, meaning players can test negative yesterday or today but still carry the virus and now show up as a confirmed positive until later in the week.

The fact Humphrey tested positive isn’t a guarantee any Steelers’ player will contract the virus. The Minnesota Vikings didn’t experience an outbreak of cases after playing the Tennessee Titans, whose locker room was hit hard by the virus, causing the Steelers/Titans game to be postponed three weeks.

Tuesday is the team’s normally scheduled off day with them back at practice for Wednesday. It’s unknown if their practice schedule will be altered. Any Steelers’ player who may end up testing positive will be guaranteed to miss at least this Sunday’s game against the Dallas Cowboys.

The Steelers have yet to have a positive COVID test since the regular season began.