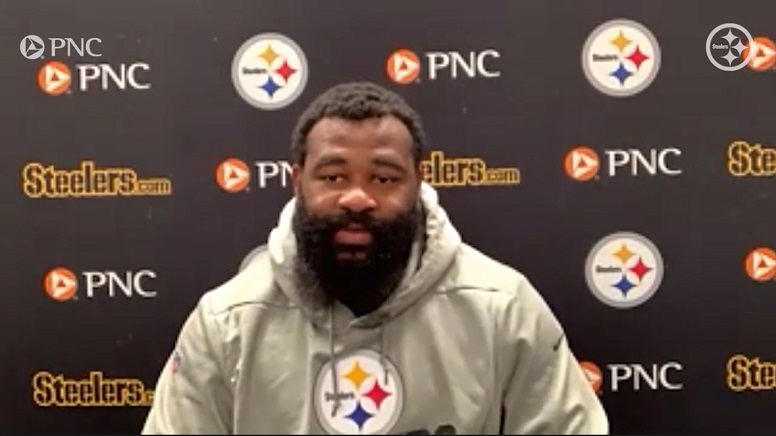 Against the Tennessee Titans in Week 7, Pittsburgh Steelers second year defensive lineman Isaiah Buggs one was one of the team’s seven inactive players. That was a bit surprising to most of us and likely to the Alabama product as well. Buggs, who was back active again against in Week 8 against the Baltimore Ravens due to injuries, talked on Thursday about what he took away from being one of the team’s seven inactive players against the Titans a few weeks ago.

“That motivated me a lot,” said Buggs, according to the team’s website. “Serving my time last year, most of the season being inactive, that’s just telling me I need to step up. I need to be a better player, I need to practice harder, I need to play harder when my opportunity comes. All of that stuff falls on me. I take responsibility for that. I just need to be better day in and day out in every aspect of this game.”

Against the Ravens, it was a tale of two halves of sorts for Buggs. He didn’t play overly well in the first half after taking over for injured starting nose tackle Tyson Alualu early in the game but did manage to rebound in the second half to make a few key stops. After the game, Steelers head coach Mike Tomlin addressed Buggs’ seemingly overall good play in the team’s win over the Ravens.

“He needed to, but when he first came in there, he wasn’t,” Tomlin said on Sunday. “I am just being honest, you know? We didn’t have anywhere else to go. It wasn’t like we were going to put someone else in there. He had to knuckle down and get active, and he did.”

During his Thursday media session, Buggs, who tallied five total tackles and a quarterback hit against the Ravens, was asked to comment on Tomlin’s seemingly backhanded Sunday postgame compliment.

“Man, I got off to a slow start and you know at this level, and when your number gets called, you’re supposed to make an impact right away,” Buggs said on Thursday. “And Mike Tomlin stressed that we’ve got to be ready at all times. And I got off to a slow start and I can’t let that happen. I played well, but I didn’t play well enough, you know, to my ability that I could play and to help this team. There’s ways I still have to get better and grow. As the game goes on, I’ve got to continuously be dominant and in the second half I made those adjustments and continued to be dominant.”

With Alualu likely to be sidelined this coming Sunday against the Cowboys, we could see Buggs get the start at nose tackle in the team’s base okie defense. Because of that, Buggs was asked on Thursday if he feels he’s ready for the extra playing time he might get against the Cowboys on Sunday and if he feels it’s now his time to shine

“Most definitely,” Buggs said. “I’m ready and I’m prepared. You know, learning from Tyson[Alualu], [Stephon] Tuitt and Cam [Heyward], those guys I’ve been around for two years, and just watching those guys and learning how they play and do things around here, you know, I’m sure that I’m ready for the opportunity.”

The Cowboys will surely want to establish their running game on Sunday against the Steelers defense and especially on the heels of the unit giving 200 rushing yards to the Ravens running backs this past Sunday. Assuming Buggs does get the start in the middle of the Steelers defense on Sunday, it will be an opportunity for him to make a huge statement that he can be a very versatile and depended upon defensive lineman for the team moving forward into the second half of his second NFL season.