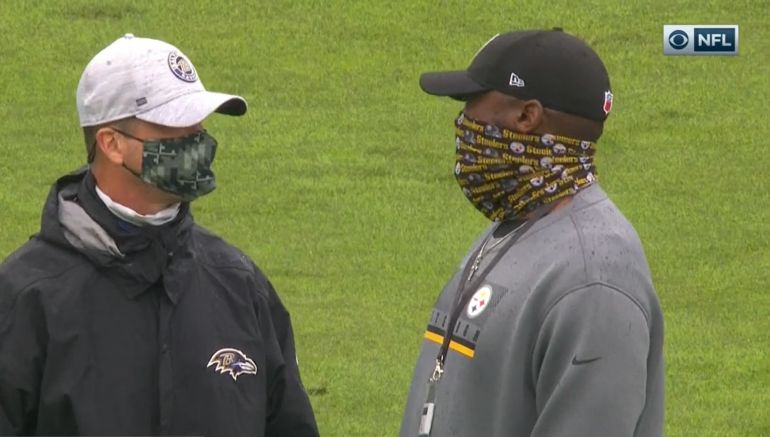 With the Baltimore Ravens are reeling from back-to-back losses and defeats in three of their past four games, simply at a point in which they are trying to salvage their season, the Pittsburgh Steelers continue to mark off victory after victory. Some have come easier than others—they have three fourth-quarter comebacks and three victories of 24 point or more—the end result is the best record in the NFL.

After the Ravens lost in overtime to a Tennessee Titans team that scored 14 unanswered points in the second half to claw their way back into the game, Baltimore’s reigning league MVP, quarterback Lamar Jackson, admitted that he felt the Titans simply wanted the game more, and were the more physical team.

Coming off of two consecutive losses and understanding that they are fighting for their playoff lives already with six games to go, everybody expects the Ravens to roll into Pittsburgh not with turkey and stuffing on their mind, but blood and revenge, and a simple mission of getting a much-needed win.

Steelers head coach Mike Tomlin had a warning for those who think that Baltimore might catch them having feasted on the fatted calf and satiated with their position. The Ravens are in a desperate situations, but “we are desperate, too”, he told reporters yesterday.

“We’re all desperate to win this week. I’d imagine they view us in the same way, or I imagine it would behoove them to do so. That’s our attitude each and every week. We respect everyone and respect the level of desperation that everyone has and the urgency that everyone has, and we step into the stadium ready to match it”.

There’s nothing quite like a desperate 10-0 team. Of course, it’s hard to make the case that they could possibly be as desperate as a 6-4 team that is in the same division and actually would not be included in the postseason if the regular season were to end today.

But they still have plenty to play for. After all, the Steelers themselves do not even have a playoff spot locked up, and we’re talking about a team that has been kept out of postseason play for two years running. They haven’t won a game in the tournament since 2016, though they did advance to the conference finals when they did.

How desperate can Tomlin get this Steelers team to finish off the Ravens? A defeat on Thanksgiving could make it extremely challenging, perhaps even unlikely, that they could still swing a postseason berth, especially if the Cleveland Browns can take them out in their rematch.

Admittedly, the Ravens do have an unfathomably easy schedule following Thursday’s game, outside of the Browns game. Their other final four opponents are the Cowboys, the Jaguars, the Giants, and the Joe Burrow-less Bengals, all teams the Steelers have already defeated this year, and for the most part, handily.