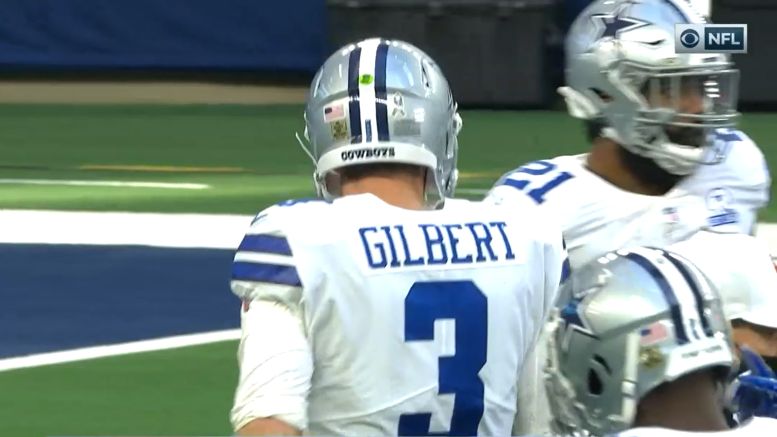 The Pittsburgh Steelers needed a fourth-quarter comeback and two defensive stands in order to ensure that they would hand Garrett Gilbert a loss in his first career start. Now, that might be more commendable if this were some rookie first-overall pick that we’re talking about here. But this is Garrett Gilbert, best known as the only quarterback from the Alliance of American Football to get a foothold back into the NFL.

Originally a sixth-round pick all the way back in 2014 by the St. Louis Rams, he would not even see the field in a single game until 2018 with the Carolina Panthers, completing two of three passes for 40 yards. It was after that season that he signed on the play in the AAF, made a name for himself, and hooked on with the Cleveland Browns as the number three quarterback.

The roundabout journey ultimately led him to the position that he is now in. Dak Prescott suffered a gruesome season-ending ankle injury. Andy Dalton suffered a concussion and then tested positive for Covid-19. Ben DiNucci looked awful against the Philadelphia Eagles last week.

It wasn’t until the end of the week that Mike McCarthy determined that Gilbert, signed just weeks ago, would start over Cooper Rush, who has had a few years in Dallas in the past. But the unknown factor, even though he had been drafted six years ago, may have made the game preparation more complicated.

“They just worked hard to stay on schedule, and that was helpful for them”, Mike Tomlin said after the game of his defense’s ability to defend the inexperienced quarterback. “They were in manageable third downs. They were able to run the ball some on third downs. We weren’t doing a good job of possessing it on offense, so it kept the pressure off of him and them. It was a good game plan, and execution of, by them”.

To that point, the Cowboys finished the game converting at an 8-of-17 clip on third down for the game. The Steelers went just 5 for 13. They went three and out (or four and out) four times throughout the game, with another three-play stalled drive leading to their making the longest field goal in team history while mustering a net minus-two yards.

While these factors did help Gilbert, it is also true that he made several significant plays, both with his arm and his leg. He avoided sacks. He had, I believe, three explosive plays, including two plays of 32 yards. But he only found the end zone once, and turned the ball over in the red zone at a critical moment.

All in all, if you’re the Cowboys, you can’t be mad at how he played, especially given what they have been getting from the position. If you’re Keith Butler, though, you’re pissed.