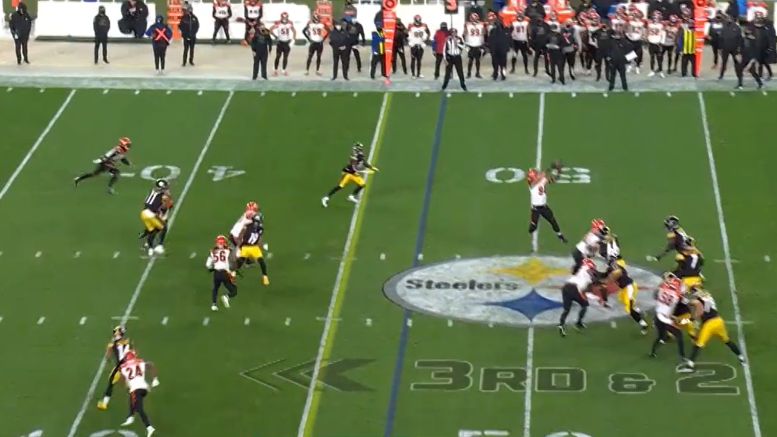 Different sources of information will provide you with different statistics when it comes to those that are, at least in part, subjective. In researching for this article, for example, I have found that even tracking batted passes could be wildly disparate in terms of how one outlet classifies a batted pass versus another.

And it’s not consistent, either. For example, Pro Football Focus has Las Angeles Rams quarterback Jared Goff as having had nine batted passes, while Pro Football Reference has him at five. Conversely, PFF has New England Patriots quarterback Cam Newton with six batted passes, while PFR has him at 10. So it’s not just one outlet being more conservative than the other.

One thing that is consistent is that both of them have Pittsburgh Steelers quarterback Ben Roethlisberger at or near the top of the list on batted balls this season with 10. According to PFF, that is the most in the league. But PFR has Las Vegas Raiders quarterback Derek Carr with 12 batted balls—whom PFF has at five.

Either way, as Steelers fans, we know that Roethlisberger has had far too many passes batted at the line of scrimmage this year, and in fact is trending toward having his worst season ever in that regard. According to PFF, he has never had more than 13 batted passes in a single season, but he is averaging more than one per game this year.

“I think it’s more of a fluky stat”, said one of his offensive linemen, left guard Matt Feiler, via video of his interview today provided by the team’s media department. “Defenders know when the ball’s coming out quick, you’ve got to get your hands up. It is disappointing as an offensive lineman when that happens and it’s the guy that you’re blocking, but we can’t really focus on that. It’s part of the game”.

Does that argument hold up, that a quicker release results in a higher number of batted passes? While Roethlisberger’s ratio of batted passes is exceptionally high this season, he also led the league in time to throw in 2018, and yet only had seven passes batted down, on a career-high 675 pass attempts. Likewise in 2015, he ranked sixth in time to throw despite having only six passed batted down.

Sam Hubbard for the Cincinnati Bengals on Sunday was the latest defender to get his hands on one of Roethlisberger’s passes at the line of scrimmage. In this case, the edge defender never even rushed the passer on a 3rd-and-2 play at the time of the second quarter, which forced the team to punt from near midfield, on what otherwise likely would have been an easy completion.