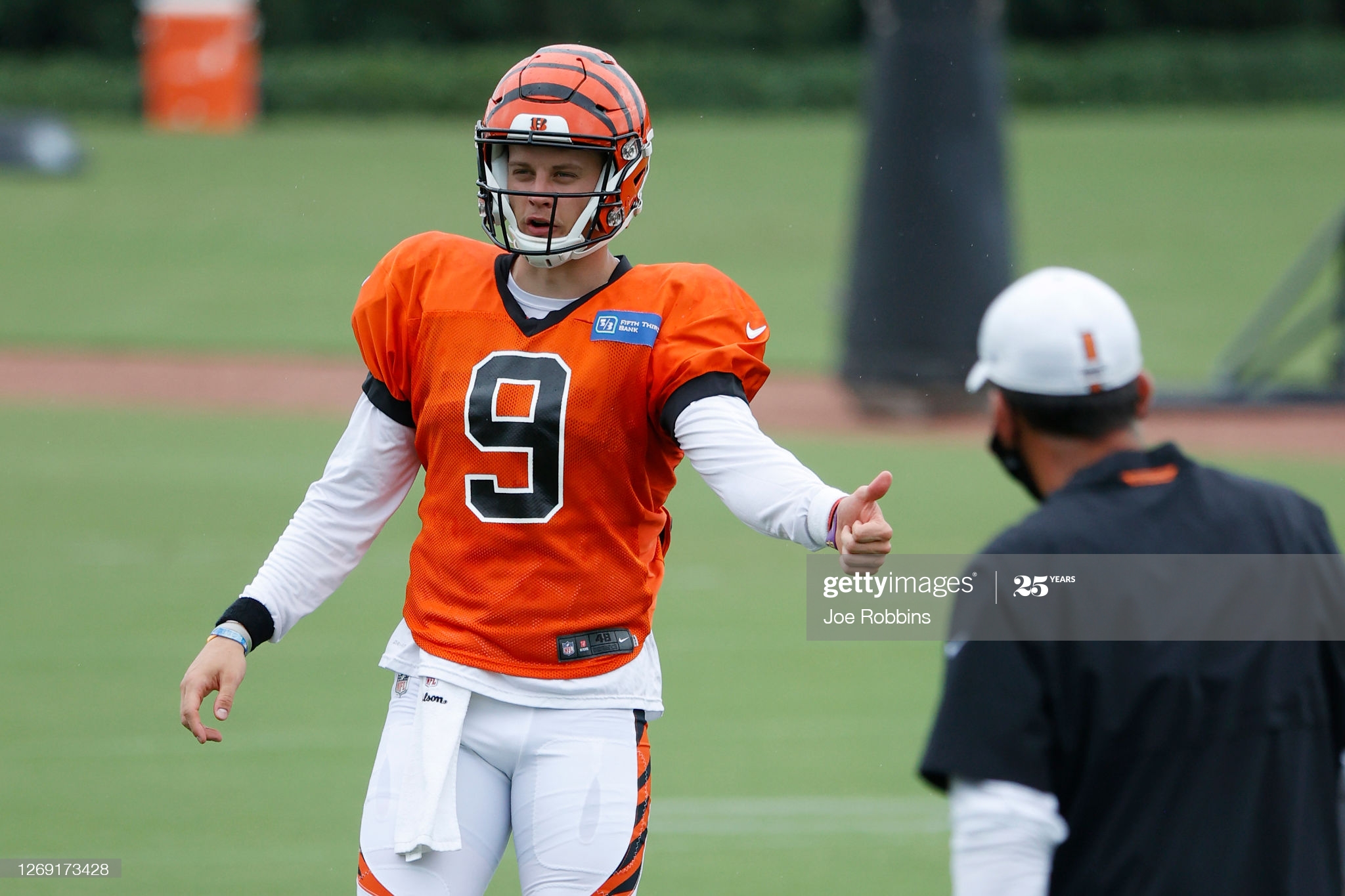 When the Cincinnati Bengals take on the Steelers Sunday at Heinz Field, a classic AFC North rivalry enters a new phase. From Carson Palmer to Andy Dalton, enter Athens, Ohio’s finest Joe Burrow, the 2020 #1 overall pick, who will be taking snaps behind another new-look offensive line. One thing that has stayed the same in this rivalry has been the quarterback on the other side of the ball, another Ohio-bred quarterback, Ben Roethlisberger.

The other thing to never change in this rivalry? The Steelers playing their same old blitz-heavy defensive scheme, leading the league in sacks, hits, pressures. On the flip side of the coin, uncertainty looms for the Bengals and their offensive line. Bengals head coach Zac Taylor said at his Wednesday press conference that the interior of this offensive line will be back intact after missing two of their interior linemen in their last game, a win, against the Tennessee Titans.

The tackles are where things start to get murky for the Bengals. Their left tackle Jonah Williams was limited Wednesday as he recovers from a neck stinger and right tackle is even more of a mystery. Starter, Bobby Hart, is still not practicing with a knee injury and his backup, Fred Johnson is on the COVID-19 exempt list. Johnson was poached off the Steelers practice squad last year by the Bengals and has started 4 games since, mostly at guard.

Despite having a makeshift line against the Titans, the Bengals offensive line still didn’t allow a sack. When you dive into their tape though, it’s not hard to find weak links. The Bengals have allowed 28 sacks this season (T-2nd most in NFL) and if Hart ends up starting at RT he is easily the weakest link of the bunch. He can be seen getting worked on a weekly basis, and I’m sure this week will be no different if he is to play.

In case you don’t know Hart was caught on a video in the tunnel after a game in 2018 saying, “TJ Watt sucks.” You can fast forward the video to 0:19  below to hear it. We’ll see what he thinks after Sunday.

As bad as the Bengals OL group is as a whole, Joe Burrow isn’t immune to blame for the team’s high sack rate. While Burrow was a guy that was great under pressure his last year at LSU, he’s learning fairly quickly in the NFL that he can’t do some of the things he did in college against NFL-level athletes.

Here he is against the Cleveland Browns in week 2. Browns’ defensive tackle, Sheldon Richardson, has Burrow dead to rights and yet Burrow still tries to do a spin move only to get clotheslined for an unnecessary sack.

This is all part of the learning curve for a young quarterback. Last year at this time against Ole Miss, that d-lineman probably misses, but against the Aaron Donald’s, Fletcher Cox’s, and Cam Heyward’s of today’s NFL, they’ll make you pay.

It’s a quarterback’s responsibility to identify and account for blitzes that might cause issues to a play’s specific protection. Then, he must either slide the protection or throw “hot”. Throwing hot is a built-in audible of a receiver’s route that is quick and normally fills the void of a blitzing player so a quarterback can get the ball out of his hand fast, and avoid the sack.

Here, Burrow fails to identify the blitz from the nickel corner which ultimately leads to him not throwing hot and taking a sack.

These are the types of plays that Keith Butler is licking his chops watching on film and with Mike Hilton looking to make a return this week, probably wouldn’t be a bad idea to take a prop bet for a Hilton sack in this game.

Looking through much of Burrow’s tape it looks like what you’d expect from a rookie quarterback playing behind a bad offensive line. There’s a lot of give and take, Some of the sacks are on him trying to do too much, some of them are on the line, and sometimes both are partially to blame.

The pressure will be coming from all angles Sunday. Will Joe Burrow and his makeshift offensive line be able to identify where and how to handle it? We’ll see, not many teams have so far.