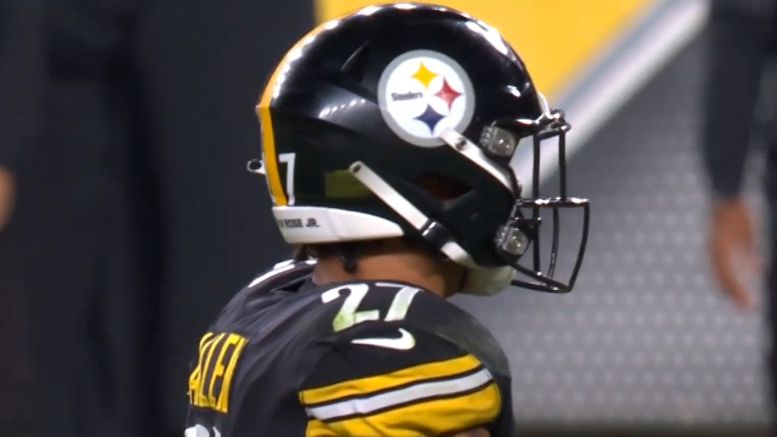 In case there has been any question about just what position third-year man Marcus Allen is playing, he made it clear today that it is linebacker, while speaking to reporters. Over the course of the past few weeks, he has had the opportunity to get on the field in the dime defense as the dime linebacker, and he has made the most of it.

That is a role that opened up because of the injury to Devin Bush, of course, the second-year every-down linebacker who tore his ACL weeks ago. Ulysees Gilbert III briefly served as the dime linebacker in the game following Bush’s injury, but he, too, is on the Reserve/Injured List while dealing with a back issue.

Robert Spillane is the man who replaced Bush in the starting lineup, and he did spend some time remaining out on the field in the dime defense, but lately, it as been Allen, who is out there with six defensive backs. He played 20 snaps on defense in this dime look on Sunday against the Cincinnati Bengals.

When the Steelers first drafted him out of Penn State, they knew they were getting a big safety. Heading into his second year, during his post-draft press conference, head coach Mike Tomlin specifically pointed to Allen as a second-year player who is developing and could take on a dimebacker role—though not literally playing linebacker, even if to some extent the distinction may be negligible.

“To be honest, this was something new this year to get moved to linebacker”, he admitted earlier today in speaking with reporters. “I didn’t know I was gonna get moved to linebacker, but I’m all open to anything to better the team. This is pretty new with the position switch, but as far as at Penn State, I’d been used in the box a lot, in the passing downs as well, so I’m pretty used to it, and I’ve got a good grasp of it”.

While he didn’t head into the season anticipating that he would be changing positions, however, he has fully embraced the role and has bought in. “I like it a lot”, he said. “I’m open to it. I’m willing to get better at it every day. I’m really excited. I’m just excited to get this opportunity to have this position, especially with the team that I’ve always wanted to be a part of”.

He now has three weeks’ worth of work in this role, and at least so far, he is keeping it ahead of Avery Williamson, an Actual Linebacker, whom they recently acquired via trade. It’s unclear whether or not Gilbert will be available later this season, and if so, if he would resume his role as the dime linebacker, but for the time being, it certainly appears as though this is Allen’s role.