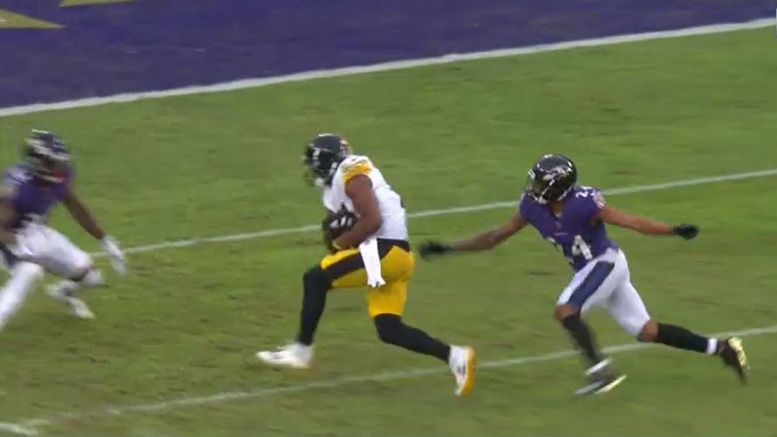 Although there have certainly been stretches in which they haven’t played terribly well so far this season, I don’t know how much serious adversity the Pittsburgh Steelers have faced in-game so far this year en route to their 7-0 record. They have had injuries and things like that, and have had first-half deficits to overcome, but before Sunday, they only had to come back in one game.

They trailed the Baltimore Ravens 17-7 at halftime, and those seven points came from the defense. The offense only managed to run 20 total plays, and they certainly did not move the ball very much. So they entered the second half down multiple possessions, and in the end, they needed to come back late in the end.

While a lot of players involved in the team this year are of the been-there, done-that variety, every roster of every year is unique and learns from unique experiences, and JuJu Smith-Schuster felt that their perseverance against the Ravens in fighting back to win that crucial game was an important lesson.

“What we learned the most, when we are down, when we were losing to Baltimore, you could tell with the speech and the captains we have, Ben talked, T.J. talked, the head coach talked, you can tell we are not down”, he told reporters earlier this week. “We can fight in the second half. We’re not finished. We are not a team that is going to roll over and lay down. That is what I took away”.

Sometimes it’s better to be forced to find a variety of ways to win games, especially ways that aren’t so pretty, because it tests you, and forces you to find ways to get there. It prepares you for a variety of situations that you are bound to face later in the year.

Of course, you’d love to just cruise to a 19-0 record and a Super Bowl trophy, but that has literally never happened. The Miami Dolphins did have an undefeated season, though that was during a 14-game year, and those games weren’t all cakewalks. They overcame a two-possession fourth-quarter deficit in the third game of the year.

Now they have two games against teams that should be relatively easy, first a Dallas Cowboys team that is trying to figure out which practice squad quarterback to face, and then a Jacksonville Jaguars team that is, first, not good, and second, dealing with a Gardner Minshew with an injured finger. After that is the Cincinnati Bengals, but Joe Burrow at least makes them offensively viable.