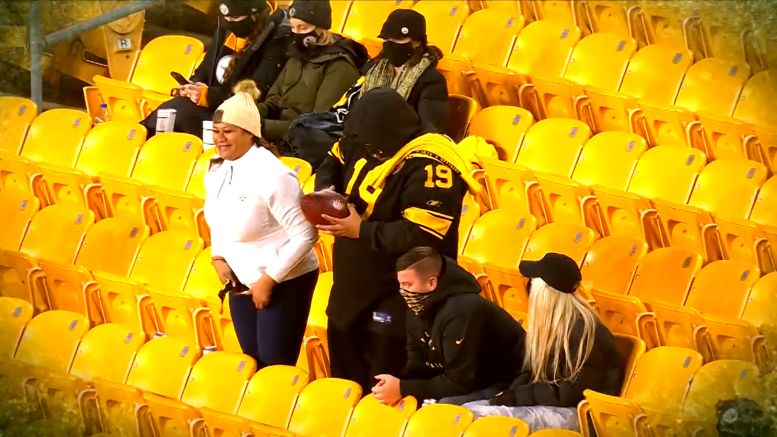 The numbers have been looking much better for Pittsburgh Steelers wide receiver JuJu Smith-Schuster, who has now retaken the team lead for the most receiving yards following his nine-reception, 77-yard performance yesterday evening against the Cincinnati Bengals.

It was the fourth consecutive game in which he has put up at least that amount, in fact, and which is also more than he had in any single game in the first five weeks of the season. In fact, he only put up 50 or more yards once over the course of the first five games.

Through five weeks, the fourth-year veteran had 23 receptions for just 194 yards, though he did have three receiving touchdowns. Since then, over the past four games, he has caught 31 passes for 322 yards and two more touchdowns. He currently sits at 54 catches on the year for 516 yards and five touchdowns, as his numbers begin to look the way we would expect them to.

Yesterday’s touchdown, however, was particularly special. It was the Steelers’ first home game in a while following a three-game road trip. It was also a game in which his parents were in attendance, and it just so happened to be his father’s birthday.

As he showed on his Instagram page after the game—and which was broadcast live—he celebrated his first-half touchdown by tossing the ball up to his dad in the stands. “Scored this touchdown for you, Dad”, he wrote. “Happy Birthday!”.

Smith-Schuster himself will be turning 24 years old in a little under a week—in fact, when they are down south playing the Jacksonville Jaguars. It is the first time that the Steelers will be playing on his actual birthday, so I’m sure he’ll be looking to celebrate in style.

Even if he is heading to another team in 2021 because of the Steelers’ salary cap issues and backlog of talent at the wide receiver position, he is showing this season just how important he is to this offense, making so many key grabs in recent weeks.

From the moment he came into the league as a 20-year-old rookie, Smith-Schuster has been the personification of ‘work hard, play hard’. Everybody who talks about him talks about how much fun he has, but on the field, he is the one doing the dirty work and taking his job seriously in between the whistles.

That’s a reflection on how he was raised, and it fits in well with the Steelers’ identity, so it seems only fitting that he should have the opportunity to honor his father in yesterday’s game by celebrating his birthday with a score.