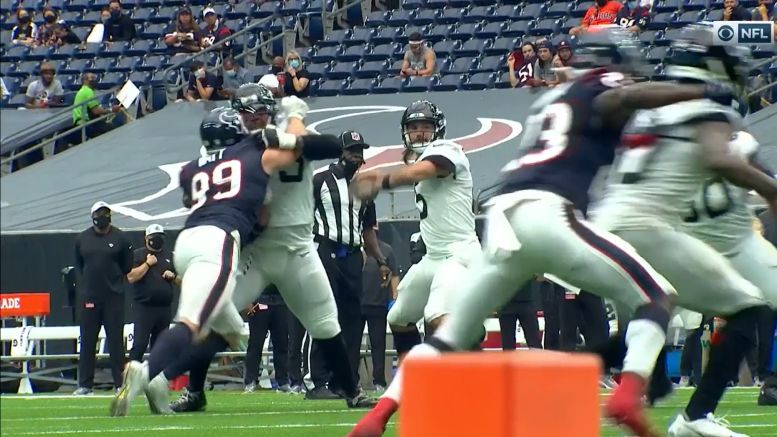 Next on the docket for Pittsburgh is the 1-9 Jacksonville Jaguars, who just gave the Green Bay Packers nearly all they could handle, admittedly. They have lost eight consecutive games since defeating the Indianapolis Colts in the season opener, while rookie quarterback Jack Luton is set to start his third consecutive game.

Second-year quarterback Gardner Minshew has been out with a right thumb injury, having missed the past two games as a result. While Jaguars head coach Doug Marrone said that Minshew has a good chance of practicing this week, “he won’t be ready, so Jake will be playing”.

This will be the second time in three weeks that the Steelers face a backup quarterback, having previously faced Garrett Gilbert—the fourth different starter for the Dallas Cowboys—two weeks ago. After knocking out Drew Lock early in week two against the Denver Broncos, they also played most of that game against Jeff Driskel.

As for Luton, he has so far completed 44 of 73 pass attempts for 473 yards with two touchdown passes and two interceptions. He is averaging 6.5 yards per pass attempt wit ha 77 quarterback rating and has been sacked five times, fumbling once.

Of course, as we know, the Steelers did not fare against those other backup quarterbacks as well as they would have liked. On the other hand, in both cases, that game was their first playing time of the season, and some of the most extensive of their career. At least in the case of Luton, he has been in the lineup for the past two weeks.

Minshew, who started 12 games last year as a rookie, was completing 66 percent of his passes prior to his thumb injury. He had thrown for 1855 yards with 13 touchdowns to five interceptions, though he also fumbled four times, losing three of them.

‘Minshew Mania’ was a thing for a while. I’m not sure it still exists. I mean, the Jaguars are almost surely going to have a top five pick. Would they really even consider not drafting a quarterback, especially if they have a shot at Trevor Lawrence, should the hapless New York Jets manage to win a game?

It’s probably unlikely that Luton will help them double their win total on Sunday against the Steelers and the most pressure-packed defense in the NFL. According to Pro Football Focus, the rookie has completed just five of 21 pass attempts for 67 yards and two interceptions when he has been under pressure so far in his young career, for a passer rating of…0.8. And he has been under pressure on a third of his dropbacks so far. The Steelers can certainly duplicate that.