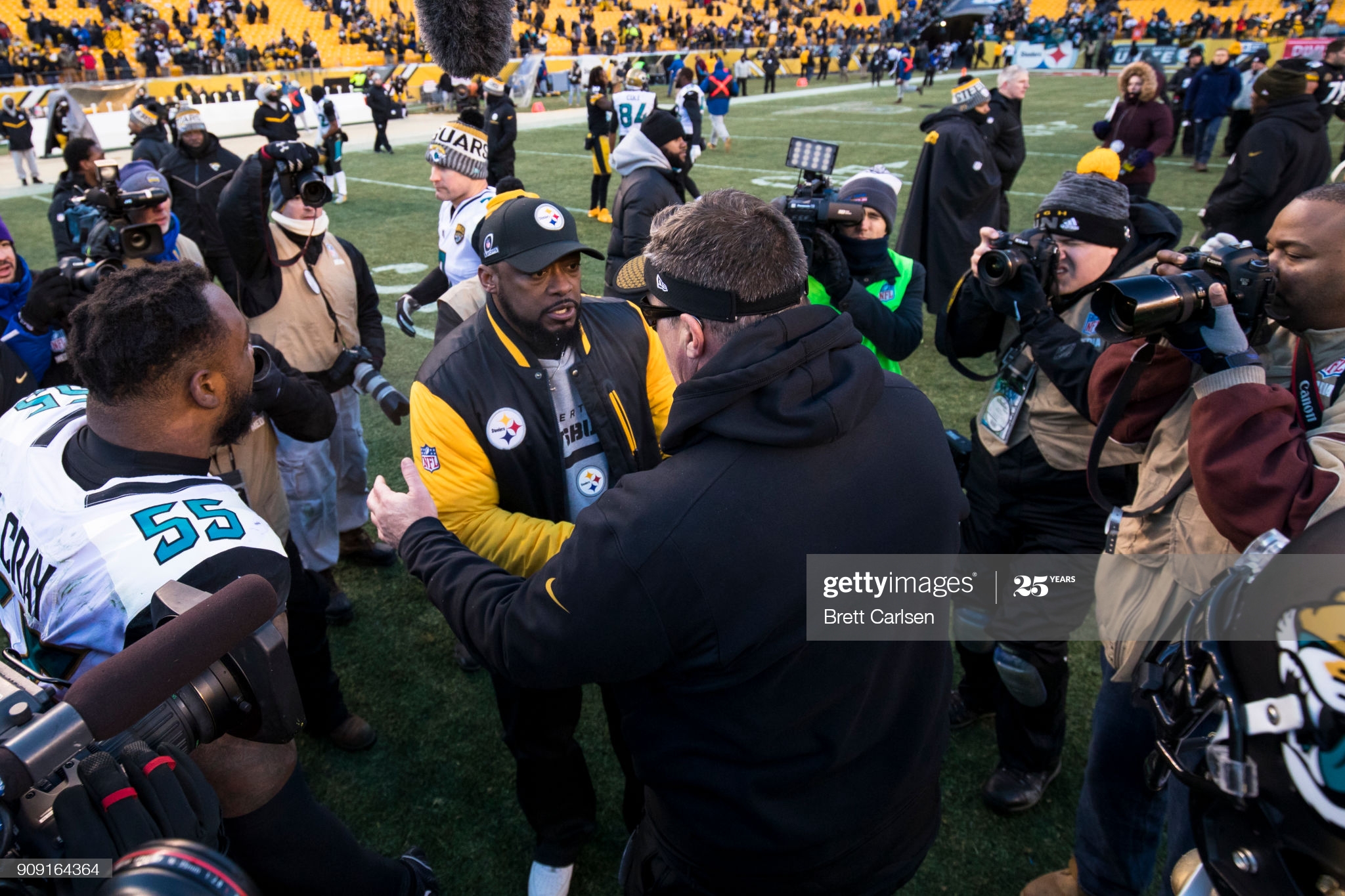 During his pre-game press conference on Sunday, Pittsburgh Steelers head coach Mike Tomlin let it be known—as it should have already been known—that he is not one to subscribe to the idea of the ‘trap game’, the notion that a quality team facing a ‘bad team’ in the middle of their schedule is at risk of losing that game because they are overlooking their opponent by focusing on tasks ahead deemed more important.

If there ever is grounds for a trap game, when the head coach of the Steelers’ upcoming opponent, Doug Marrone of the Jacksonville Jaguars, let it be known that he feels that they have spoiled any chance of ‘catching’ them off-guard by playing the Green Bay Packers close this past Sunday.

“They watched us play last week where we played a tough game, we have turnovers, we have a special teams play, so they’ll be ready to go”, Marrone told reporters earlier this week. “You’re not going to catch them or anything like that. It’s not an issue of weather. The weather will be fine. It’s not going to be 98 degrees and hot as hell, which is sometimes an advantage when you have those teams coming from up north coming down here. I just think that sporadically it’s been fortunate that the games have been tight, but we have a lot of challenges this week in all three phases that we play”.

He added that while the Jaguars have historically had success against the Steelers, he doesn’t see that as coming into play in this game, and that Tomlin’s teams have always given them problems. “It’s always tough, Mike Tomlin has done a really good job”, he said. “The one thing that shows out on film is not only do they have really good players, it’s just the effort that they’re playing with is outstanding. It’s unbelievable”.

“There’s no one that wishes it more than that and trying to get this game in the fourth quarter and try to find a way to win the game or try to get takeaways and things like that”, he added. “But they’ll come down there, they’ll be ready to go. They have a lot at stake, 9-0”.

While the Steelers are 9-0 on the season, they have had to come back in the fourth quarter three times to win. They have overcome double-digit deficits twice, including a 13-0 margin against the Dallas Cowboys a couple of games back.

This is a team that has found a variety of ways to win, whether it’s the passing game, the running game, the defense, or special teams. They have taken the ball away to win. They have overcome giveaways to win. Just about the only thing they haven’t done so far is lose.