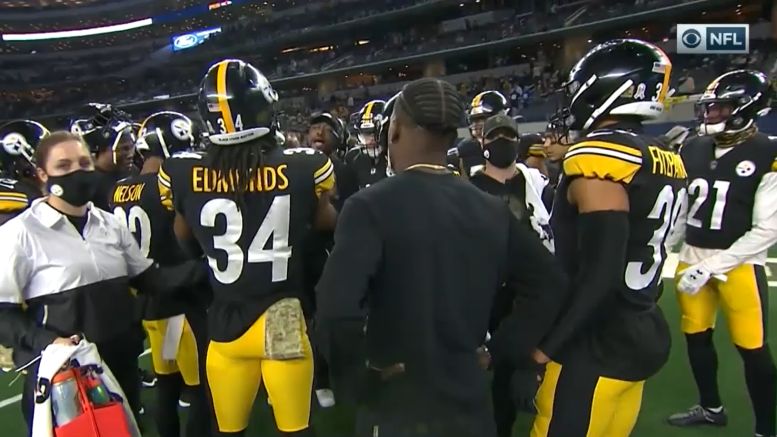 Former Pittsburgh Steelers cornerback Ike Taylor has been in plenty of lockers room with head coach Mike Tomlin. While the veteran was drafted by Bill Cowher, he spent the majority of his career playing under ‘Coach T’, from 2007 when he came in through his final season in 2014.

In other words, he has seen a lot of Tomlin press conferences and a lot of Tomlin locker room speeches, and he knows how one correlates to the other. And he knows that Tomlin meant business this last week when he talked about how the only perfect thing about this team is their record.

“I’m like, man, he’s already talking crazy to his team, meaning he’s always trying to get his team fired up, and it’s never enough”, he added. He also said that if Tomlin were not a head coach, then he should be a rapper, “because his wordplay is unbelievable”.

Taylor himself has obviously been a part of a lot of great defenses and a lot of good Steelers teams, three of which went on to the Super Bowl, two of which have gone on to win the championship. He has seen a lot of teams come and go and the journey they take throughout the season. He assessed this current team based on what he has seen.

“Picture the Pittsburgh Steelers at 9-0, still haven’t put a complete game together, finally, later on down the season, start clicking on all cylinders”, he added. “It’s gonna be scary”.

Right now, the thing Steelers fans are rending their garments over is the team’s lack of productivity on the ground. Earlier this season, the team has already successfully addressed the third-down offense, the third-down defense, and the red-zone success rate. Not to mention the punting game. They’d already addressed the return units, as well.

Tomlin told reporters earlier this week that their attention is now on the run game and getting that sorted, and he added that he feels it would be a relatively easy fix. Sunday will be their first opportunity to show what that work has put in. The run game and slow starts. They can kill two birds with one stone. What will we see in Jacksonville? All cylinders from the jump? Or will they need time for the engine to warm up?