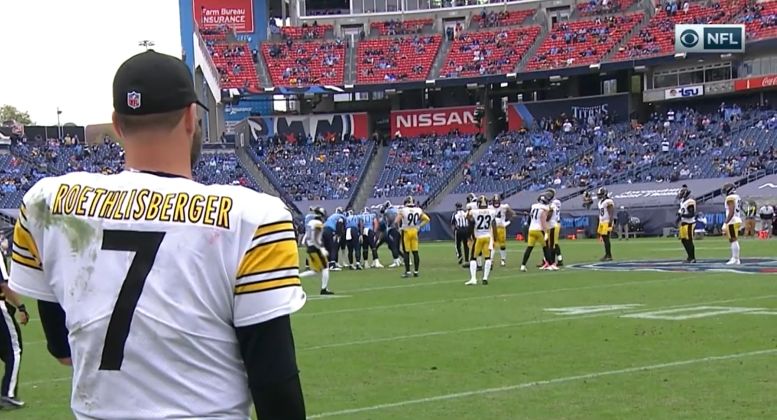 The Pittsburgh Steelers learned on Monday morning that tight end Vance McDonald had tested positive for Covid-19 from a test administered prior to Sunday’s game, and he was placed on the Reserve/Covid-19 List four days ago. Following contact tracing, it was determined that quarterback Ben Roethlisberger among three other players would be placed on the list as high-risk close contacts of McDonald.

Under ordinary circumstances, the team would conduct a simple, half-hour walkthrough of the gameplan on Saturday, but with the team anticipating that Roethlisberger will be cleared in time to participate in that walkthrough, that may not be the case.

According to Jay Glazer, the Steelers plan to do something a little more elaborate in the even that Roethlisberger is available to them. “It’s gonna be a little bit more of a practice than a walkthrough so Ben can go over what he missed”, he said on FOX.

This isn’t random speculation or an anonymous source. He says that he spoke to Steelers head coach Mike Tomlin, and relayed that this is what the team intends to do. Of course, it makes perfect sense. When you don’t have players available to you, you want to try to get in whatever work you can once they get back.

During his pre-game press conference back on Tuesday, he said that he expressed no concern about the potential availability of Roethlisberger and linebacker Vince Williams provided that they clear the protocol due to their experience level, but he did indicate that the other two players’ availability—lineman Jerald Hawkins and running back Jaylen Samuels—could be contingent upon their preparation level.

The Bengals are also operating under intensive Covid-19 protocols this week. They have four players on the Reserve/Covid-19 List right now, including backup lineman Fred Johnson, who has tested positive, though the three others on the list are either from the practice squad or on the Reserve/Injured List. They activated two others recently.

It probably should not go without noting that there is a possibility that those placed on the Reserve/Covid-19 List do end up testing positive. After all, they were placed on the list because they were deemed to be at high risk of exposure. But as of now, there is no indication that this will happen.

Jay Glazer on Big Ben and the #Steelers pic.twitter.com/WJWCKflZz3