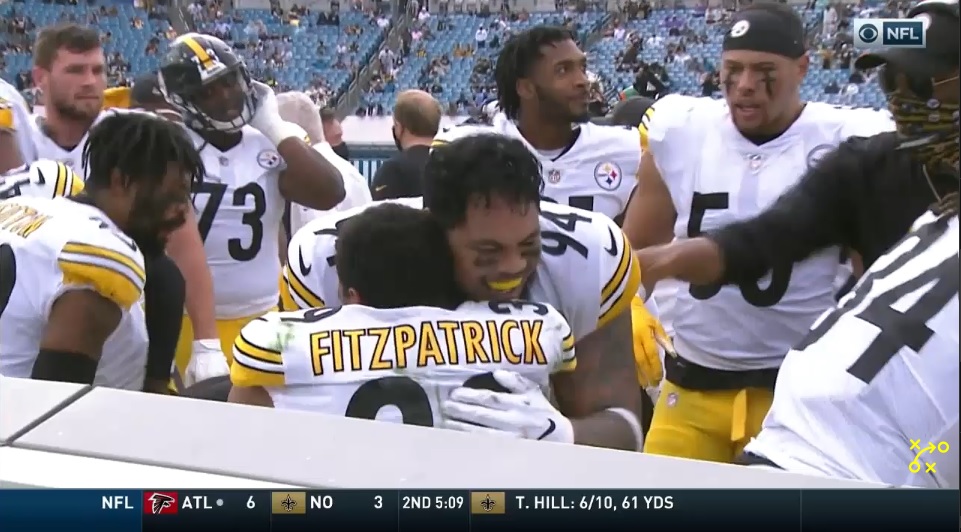 2020 has made Tyson Alualu’s value to the Pittsburgh Steelers’ abundantly clear. He’s been a key cog in the middle of the Steelers’ run defense, including in Sunday’s win over the Jaguars. Jacksonville found a little wiggle room but RB James Robinson averaged only 4.3 YPC, didn’t have a 20+ yard carry, and failed to find the end zone. Overall, mission accomplished.

But Alulalu is more than a brute strength and a stout run defender. Few players do the little things as well or consistently as Alualu. Whether that’s chasing the football (and granted, this entire front does a tremendous job of that), attempting to punch/rip the ball out, or as he showed again yesterday, getting his way into passing lanes.

It may feel like more but Alualu has just one sack this season. And only two sacks over his last three years with the team. But he’s finding ways to greatly impact the pass game. When he’s not pressuring the QB, he’s getting his hands into throwing lanes. It’s leading to big plays, like Minkah Fitzpatrick’s critical INT.

Alualu now has four pass deflections in 2020. All four have ended in positive outcomes for the Steelers’ defense.

So let’s start with Sunday against his former team. It’s a 10-3 game late in the second quarter. Pittsburgh hasn’t played a great game on either side of the ball. Rookie QB Jake Luton wants to hit TE Eric Saubert down the right seam. If it gets through the line, this might be a touchdown. 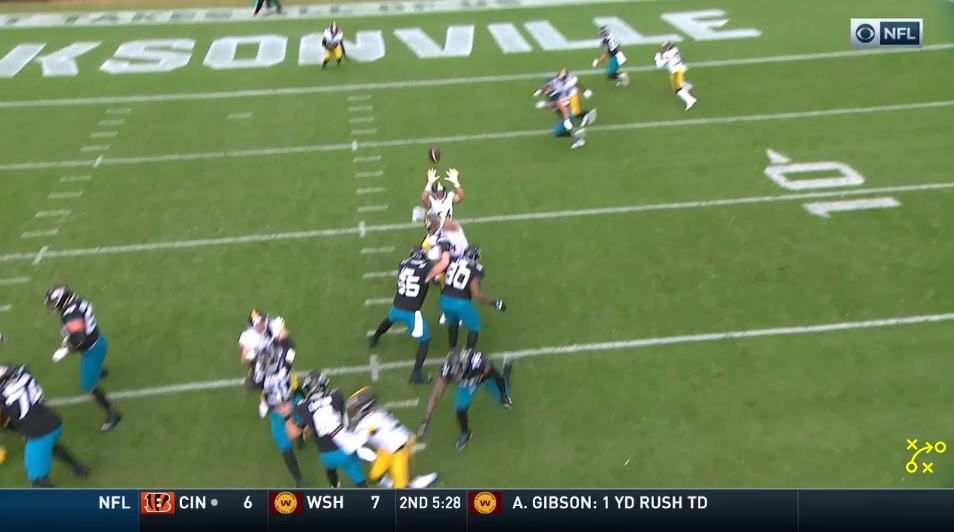 Alualu is doubled by the center and right guard but keeps vision on the football and gets his hands up as Luton fires it over the middle. He deflects the pass, the ball popping up into the air, and lands in the hands of – guess who – Minkah Fitzpatrick – who runs it back 37 yards the other way.

Seven plays later, Benny Snell barrels his way into the end zone for a one-yard score. Circumstance-flipping moments going from a potential 10-10 tie to a 17-3 commanding Steelers’ lead.

Yesterday was Alualu’s first PD of the season that led to an INT. But his others have been impactful too. His first deflection of the year came in Week 2 against the Broncos. That was on 2nd and 20, forcing third down. Houston came away empty-handed, missing a 58 yard field goal.

His next deflection came the following week versus Houston. Again came on 2nd down. And the drive ended in a Mike Hilton INT later on.

Alualu’s third came in Week 6 against the Browns. Again, a 2nd down breakup. Baker Mayfield’s sacked on the next play and Cleveland is forced to punt.

So to recap, here were the drive outcomes on all four of Alualu’s deflections this season.

And if you’re keeping score at home, Devin Bush picked off Alualu’s lone batted pass last season. So when Alualu gets in the way, good things happen.