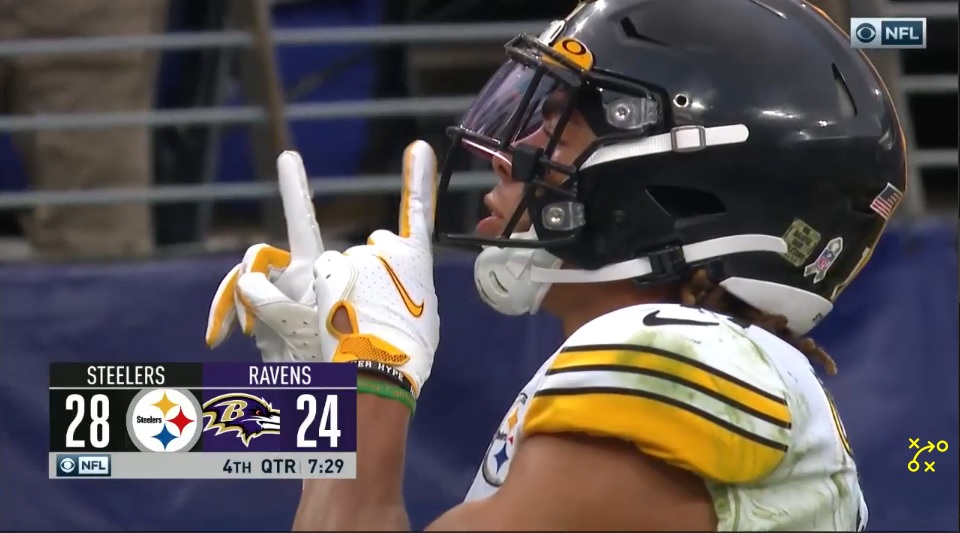 So much happened in Sunday’s win over the Baltimore Ravens it sorta feels like Chase Claypool’s go-ahead touchdown is barely even talking about. Blame the Ravens late-minute surge that took raised Steelers’ Nation’s blood pressure another five points and took another five years off their lives.

But Ben Roethlisberger’s eight yard score was a great scheme and execution. Let’s take a look.

1st and goal from the Ravens eight. Steelers come out in empty. Three to the field, stacked look to the bottom. Four receivers on the field with TE Eric Ebron. Because the field is spread out with so many eligibles, the Ravens can’t bluff a pressure look so it’s fairly clear they’re not bringing heat here. 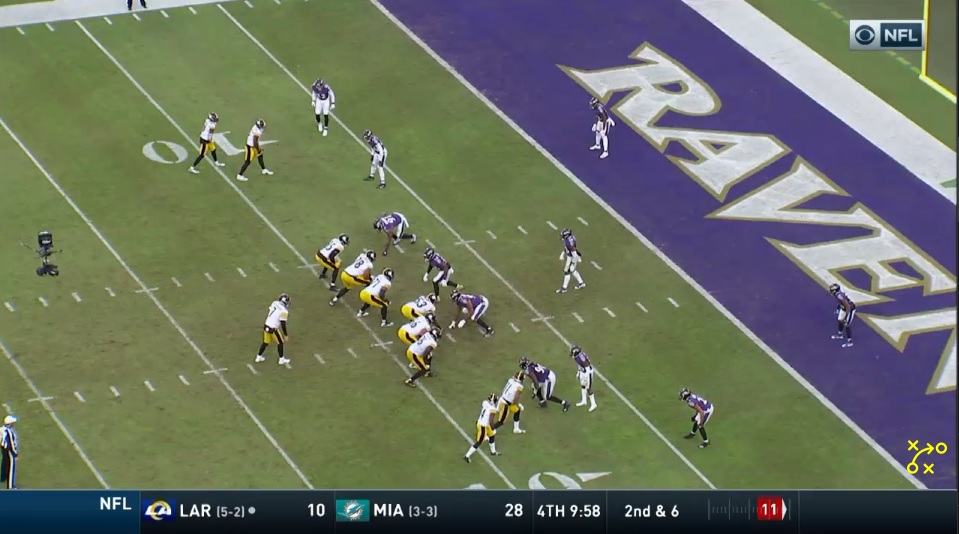 Smash run to the bottom. It’s a common, two-man route combination designed to stress the corner and safety, working best to beat two deep zones (Cover 2). One receivers runs a short curl/out route. The other runs a flag/corner route. Against two deep zone, the corner has flat responsibility with the safety needing to take the deep 1/2.

If the CB gets depth, the QB takes the easy money on the out/curl. If the CB squeezes it, attack the corner and go after the safety. 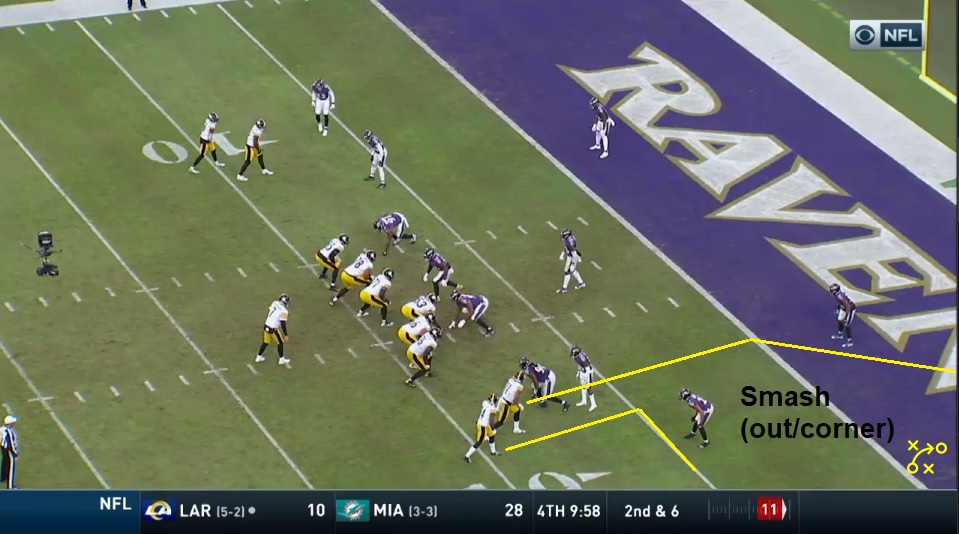 That’s what Ben Roethlisberger does here. Ravens drop eight and play two deep zone. LCB Marcus Peters maintains his flat role and sticks on Ray-Ray McCloud, who runs a five yard out. That puts Claypool on the corner route against safety Chuck Clark, whose aligned with inside leverage and doesn’t have much of a chance to drive on the ball. 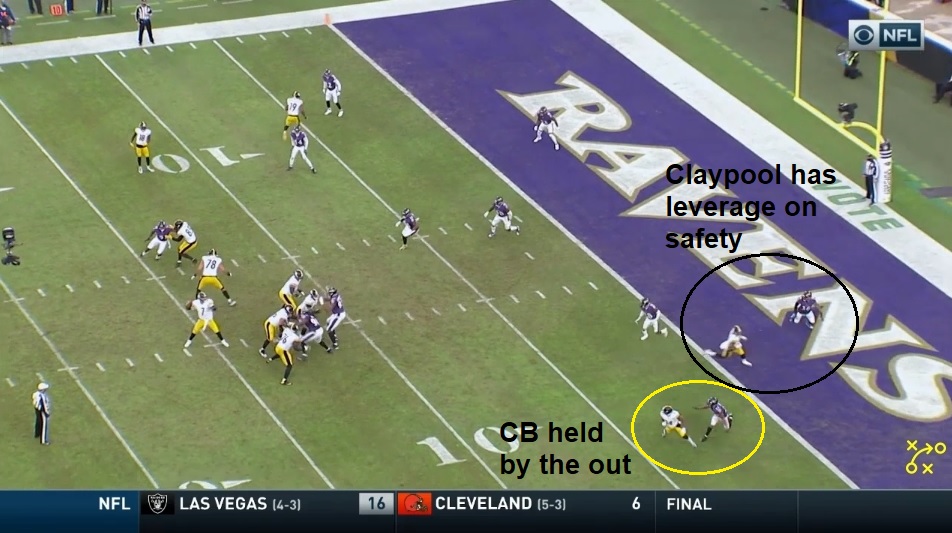 Good throw by Ben Roethlisberger and it’s an easy touchdown for Claypool, his ninth of the season.

It’s of no surprise but the Steelers’ red zone efficiency has taken a big step forward compared to last year when it was football’s worst. They came into the game sitting about average but against the Ravens, they went 3-3 and should climb up close to the top ten when this week closes.

Life in the red zone is tough. Not a lot of space, little margin for error, especially playing a tough Ravens’ defense. But the Steelers dialed up a great play. Expected two deep zone and they got it. And it let to the game-winning touchdown.