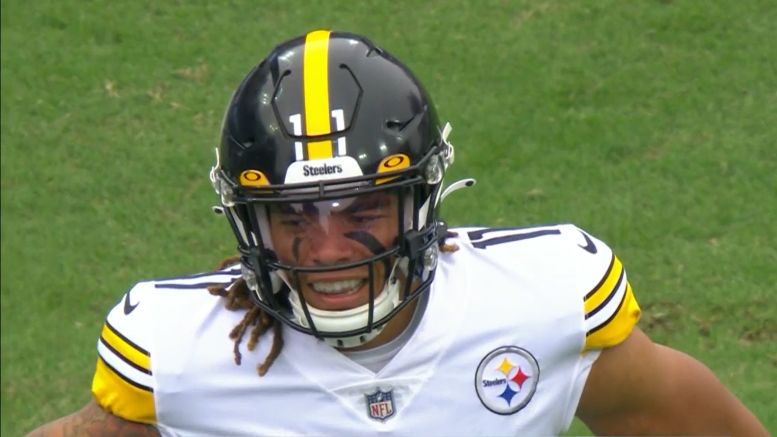 As we wrote about this morning, Chase Claypool is one his way to potentially set several Steelers’ rookie receiver records. Despite his fantastic season, some in the national media apparently aren’t convinced. ESPN released their list of the top ten rookies, one that curiously failed to include Claypool anywhere on it. Take a look.

To be fair, there’s plenty of talent on this list. The rookie QBs have been impressive, the Steelers will get a first-hand look at RB James Robinson Sunday, and Mekhi Becton looks like a stud left tackle, provided the Jets don’t run him into the ground.

But Claypool is below Higgins? Gibson? And Winfield?

Worst of all, Claypool didn’t appear anywhere in ESPN’s article. Snubbed out of the top ten, the “just missed the cut” list, their “stock up” section and even the “keep an eye on” portion that mentioned a rookie receiver but not Claypool. Denver’s Jerry Jeudy got the shoutout instead. The only mention of Claypool’s name is in the afterthought “also received votes” category like he’s Ball State getting three votes for the Top 25.

The only rationale explanation is that the writers just plain forgot about Claypool. Maybe that’s a product of how well he’s playing. He’s performing at a higher level than your typical rookie. His consistent play, his maturity, his hard-working attitude all has the feel of someone who’s been in the league for years. Not someone taking his first lap around the track.

In a semi-surprise given the difficult climate all rookies are facing this year, this class is chock full of talent. And all the players mentioned in ESPN’s article have been impressive. But if your list of top rookies doesn’t include the dude who has the most touchdowns, if he can’t get acknowledged almost anywhere in the article, then you just didn’t do a good enough job. Maybe once Claypool finishes the season with 15 total touchdowns, he’ll earn some love.