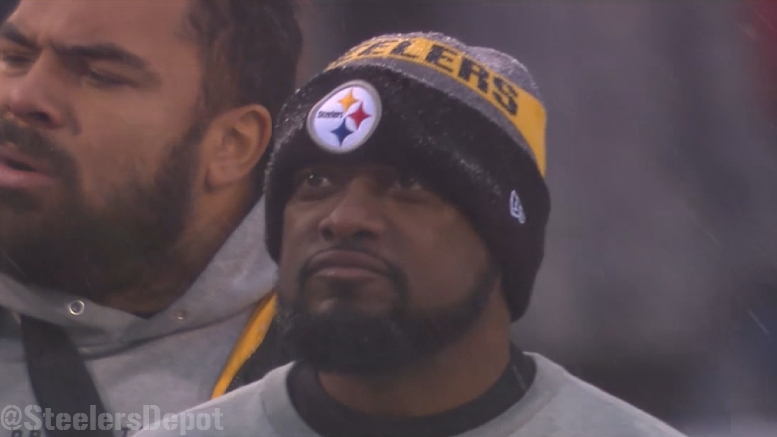 If you’re reading this, then you likely also read an article that we had up earlier this week in which we noted that Pittsburgh Steelers head coach Mike Tomlin’s 140th career regular season victory on Sunday put him one ahead of Hall of Fame coach Tony Dungy, making him the winningest black head coach in the history of the National Football League.

Of course, the fact that it was Tony Dungy that he surpassed has a great deal to do with why it was regarded as such an honor for Tomlin to have surpassed his career win total. I’m fairly certain there wasn’t much fuss made when Dungy became the winningest black head coach of all time—simply because there have been relatively few, and thus few to have substantial success.

Cameron Heyward, who has played under Tomlin longer than any other defensive draft pick short of Lawrence Timmons, talked about the man who drafted him earlier today and what it means that he was able to pass Dungy’s mark.

“I think he’s not just a great black head coach”, Heyward said. “He’s a great coach. It’s one thing to be the all-time winningest black head coach, but this dude deserves more than enough credit. To never have a losing season, to get the most out of his players, it’s not just first-rounders that have wound up playing great here. He’s had fifths, sixths, undrafted guys who have done well”.

Aware of the amazingly still-lingering critiques that Tomlin receives regarding his coaching resume about having benefited from the roster put together by his predecessor, Bill Cowher, Heyward also addressed that topic in his answer, unprompted.

“I know a lot of people like to say he inherited a great team. Think about the other people that have inherited great teams”, he said. “Think about the basketball teams that Phil Jackson would incorporate, or take over. That’s not a shot at him, but when you are able to lead a group of men, and lead them the right way, that says a lot about the type of coach you are”.

Of course, outside of Ben Roethlisberger, it’s been a long time since Tomlin has coached anything that could even approach being described as ‘Cowher’s team’. Granted, they haven’t gone to a Super Bowl in a decade, and haven’t even won a playoff game since 2016. But he has an opportune chance to write the next phase of his legacy in 2020.