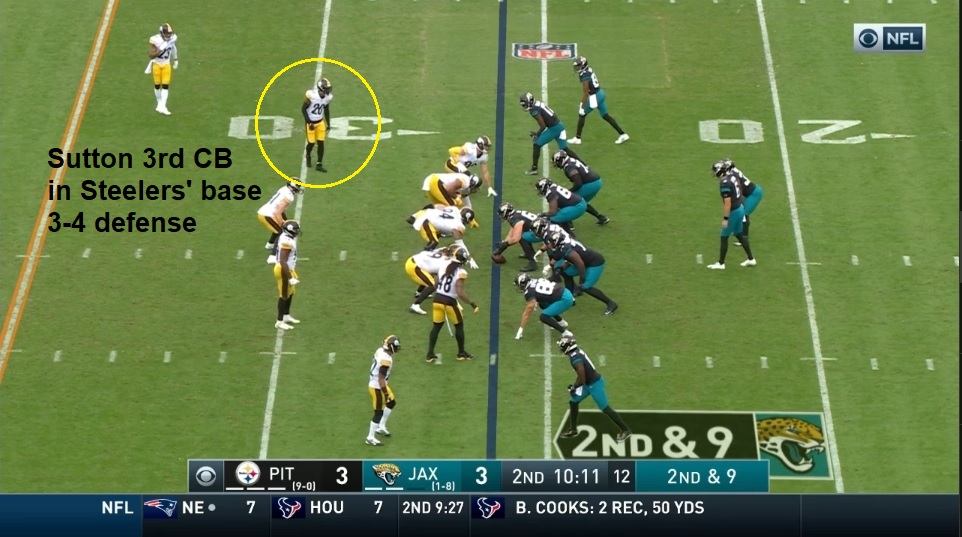 Mike Hilton took the field for the first time in four weeks in Sunday’s win against the Jacksonville Jaguars. On paper, that would seem to dramatically curtail Cam Sutton’s snaps, the man who replaced Hilton as the full-time nickel corner while Hilton’s shoulder was on the mend. But Sutton played so well in his absence that the team is finding ways to keep him on the field beyond just their typical dime package usage.

Sutton actually played more snaps than Hilton did against Jacksonville. Sutton logged 28 to Hilton’s 19. Like the start of the year, Sutton (and Hilton) played in all of the Steelers’ dime packages. But that only accounted for eight of his snaps. Still 20 left over.

Thirteen of those snaps had Sutton playing in traditional nickel defense over Hilton. All but one of those snaps came against 11 personnel, three receiver sets, where Sutton’s coverage ability is an asset. 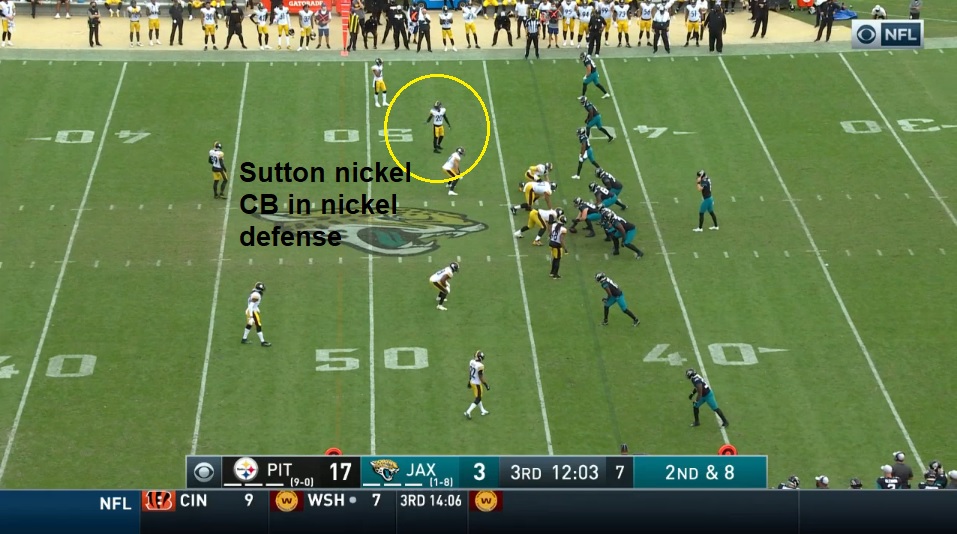 When Pittsburgh wanted to use nickel against heavier run personnel, they wisely turned to Hilton. He played five of six of those snaps.

The team kept getting creative too. They continued to sprinkle Sutton in their base 3-4 defense, finding a blend of staying heavy up front against three-receiver sets to stop the run while also having their best cover guys out there. Three of those snaps. In these groupings, Sutton replaced Terrell Edmunds to become the third corner with Minkah Fitzpatrick as the only safety.

That’s not a brand new idea. It’s been done throughout the season but continued with Hilton coming back. More ways to get Sutton on the field and mix in slightly better schematic matchups. Answers the question of: how do we still play solid run defense against passing personnel?

He even filled in as the base LCB when Joe Haden went down in the second half. That only amounted to two snaps, by that point, the Jaguars were throwing like mad, but it’s proof he played virtually every position Sunday: LCB, NCB, dime backer, and rotated to safety on some calls, like Terrell Edmunds’ second INT.

Some of this may have been due to a desire to ease Hilton back into the fold after missing a month of action. His snap count may increase as his conditioning does too.

But it’s getting harder to keep Sutton off the field. He’s always been known for his football IQ and coverage and greatly improved the past two years with his physicality, tackling, and playmaking. It’s also harder to envision keeping Sutton. It’s still possible but his value is steadily increasing. Financial issues loom large and Hilton and Sutton are slated to hit free agency in a few months. Losing both guys with no clear in-house option, unless the team has big plans for Antoine Brooks, would be a crushing blow to the secondary.