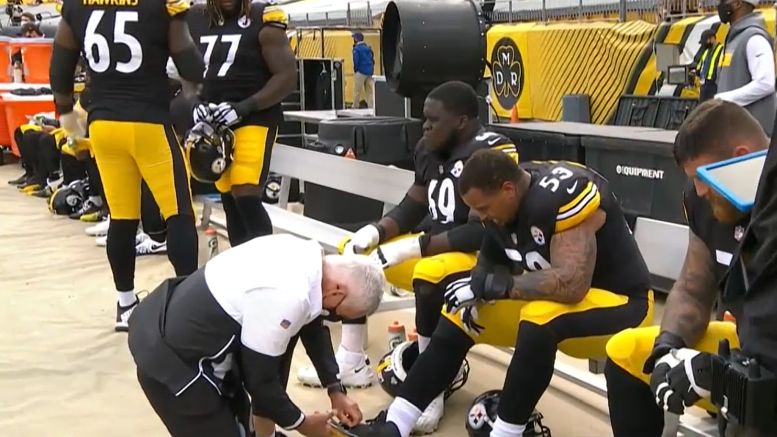 Topic Statement: Rookies Anthony McFarland and Kevin Dotson, listed as questionable due to illness, will be held out of Sunday’s game for precautionary reasons.

Explanation: The week before last, the Steelers played in a game against a player who missed time due to illness only to later test positive for Covid-19. Last week, Vance McDonald was ill, played, and then tested positive. Dotson and McFarland were not deemed high risk close contacts of McDonald, but after coming down with illnesses, the Steelers opted for them not to show up Friday, finishing the week as questionable to play.

The Steelers last week talked about following the NFL’s protocols when it comes to handling players dealing with illnesses as far as Vance McDonald goes. Now that they have seen how that worked out, and understanding that the protocols have been found wanting numerous times already (which is why it has changed half a dozen times), they recognize that caution is advised here.

That is why they told McFarland and Dotson not to show up on Friday, as a precaution, and that is why they will be held out of the game as well. It’s possible that the protocols are already in the process of being revised to reflect situations like this and at least encourage if not require that players displaying symptoms of illness that could be Covid-19 do not report to work.

Until the protocols are something that they currently are not, the Steelers are entirely within the right to play these two rookies, and considering the fact that they have a player at each position going through the protocols whose own status for the game may be in question, they are not going to go out of their way to not dress players they may need as depth.

The vast majority of players who have been listed on injury reports as missing practice due to illness have not and will not be found to have Covid-19. As long as McFarland and Dotson are physically up to playing on Sunday, they will be out there, though they may take greater distancing precautions or something to accommodate for the circumstances.