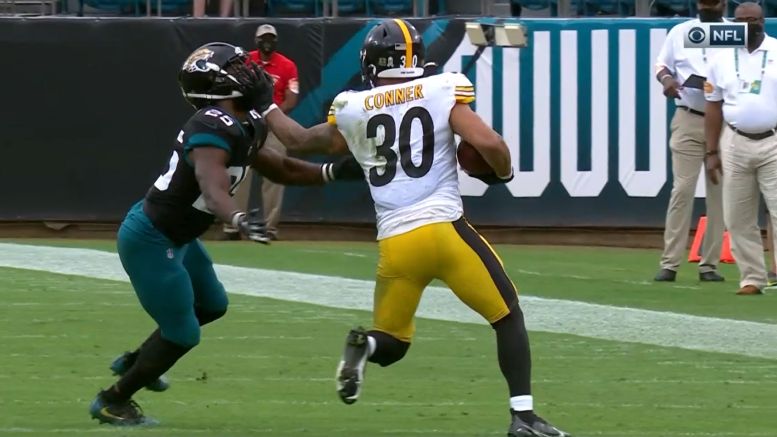 Explanation: After putting up 89 yards on the ground yesterday against the Jacksonville Jaguars, running back James Conner has put himself back on pace to rush for 1000-plus yards in 2020. He now has 645 rushing yards and needs 355 over the final six games, an average of 59.2 yards per game. He is averaging 64.5 yards per game, which would put him at 1032 for the year.

Considering the fact that he is already hitting the numbers per game that he needs to hit to reach 1000 yards, it’s not exactly going out on a limb to suggest that Conner will hit that mark. While 645 yards might not sound like a lot this far into the season, it is actually the seventh-most in the league right now, and his five runs of 20-plus yards is tied for the fifth-most.

Recency bias is a factor working against Conner here because the running game had struggled in recent weeks. In the three games before last, he put up just 105 total yards on 37 attempts, averaging 2.84 yards per carry.

Those are poor numbers, of course, but a lull within a season is always possible, and now they are past it. Head coach Mike Tomlin made it clear last week that they were actively working on fixing the running game, and reaffirmed his position that they are continuing to improve it even after finding some success yesterday.

Conner has failed to reach his needed yardage mark this season as often as he has hit it, and often fallen significantly short. The running game, even yesterday, has not been the same since the first five games. It’s important to note that he made a lot of his own yardage by hitting cutbacks, something that is not predictably repeatable.

Another factor with Conner that is everpresent is health. Even this year, he was already injured in the opener, which limited him to just six carries. He hasn’t gotten more than a couple of nicks since then, but that almost feels as though he is tempting fate.