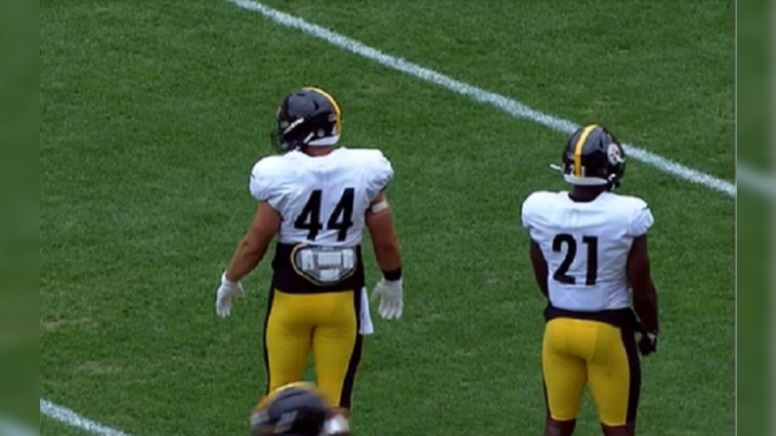 The Pittsburgh Steelers made several transactions on Monday but at least one more will certainly be made prior to the team playing the Baltimore Ravens on Wednesday.

While the Steelers did activate defensive end Isaiah Buggs and guard Kevin Dotson from the Reserve/COVID-19 list on Monday, the latter is currently on a roster exemption. Until that exemption expires, he’s not technically on the 53-man roster. The Steelers also elevated rookie safety Antoine Brooks Jr. from the practice squad as a COVID-19 replacement on Monday and that means the Steelers roster is technically at 51 players as the day winds down.

There’s a strong chance that Dotson will ultimately play against the Ravens so that roster exemption will likely end on Tuesday or Wednesday. Having eight offensive linemen dressed against the Ravens would allow the team to dress 48 players in total for that contest. Currently, the Steelers only have seven offensive linemen on their active roster if Dotson isn’t included.

That would still leave the Steelers one roster spot short, so another elevation is likely on the way on Tuesday. The most obvious move would appear to be elevating running back Wendell Smallwood as a COVID-19 replacement or standard elevation. Why that did not happen on Monday I cannot really explain. Maybe just as a precaution the team is waiting.

Currently, the Steelers only have three running backs and one fullback on their active roster in Benny Snell Jr., Anthony McFarland Jr., Jaylen Samuels and Derrek Watt as James Conner is currently on the COVID-19 list as of a few days ago. Samuels, however, has already been ruled out for the game against the Ravens with a quadricep injury. With Smallwood being the only running back currently on the team’s practice squad, he’s the obvious choice to potentially be elevated on Tuesday.