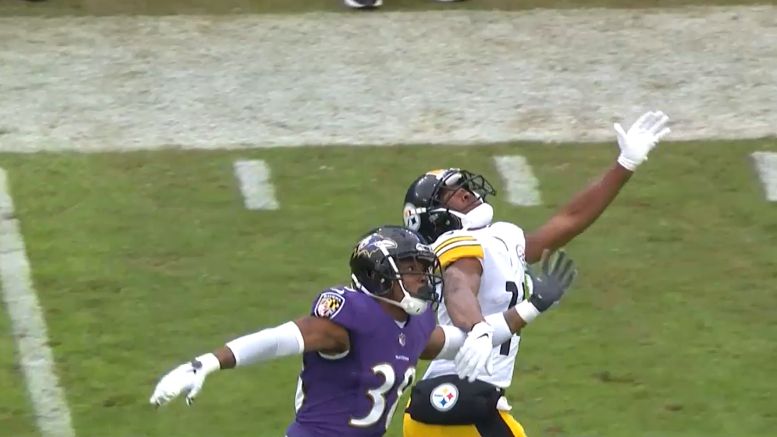 Reasoning: In addition to retaining his punt return role, an add-on from his kick return role, Ray-Ray McCloud got an opportunity to be a significant part of the offense on Sunday, particularly in the second half, with the stats not quite doing it justice.

We might as well stick with the wide receiver theme for now, but change it up back in the positive direction, with Ray-Ray McCloud up next for some talkification. Although he only caught one pass for six yards on Sunday against the Baltimore Ravens, the young wide receiver saw 22 snaps on offense.

That is not just the most action he has seen offensively on the season so far, it also came, importantly, with no injuries impacting his role. He saw 18 and 13 snaps in two games in which Diontae Johnson either did not play or left very early in the game.

Although he only accounted for six yards offensively, McCloud also drew two penalties, one a facemask penalty that added 15 yards onto his six-yard grab—and may have been necessary for the defender to complete that tackle—in addition to a defensive pass interference call, which was good for a 20-yard swing.

This is the second defensive pass interference call that McCloud has already drawn on the season. In the game against the Eagles, he drew a 15-yard interference penalty working against Darius Slay. Considering the fact that he has only run 37 routes on the season, and that the two times he has been targeted on intermediate or deep routes, he has managed to draw penalties, that would seem to be at least notable.

Now, we can’t read too much into this just yet. The Steelers made it pretty clear that they just happened to like how McCloud matched up against a banged up Ravens secondary. His pass interference penalty was drawn against Terrell Bond, who was playing as a practice squad elevation player.

In other words, his playing 22 snaps on Sunday doesn’t mean he has surpassed James Washington for more playing time. it does show, however, that the Steelers view him as being in the discussion to be utilized as a mismatch option for a second slot player if they want to go to four-receiver sets.