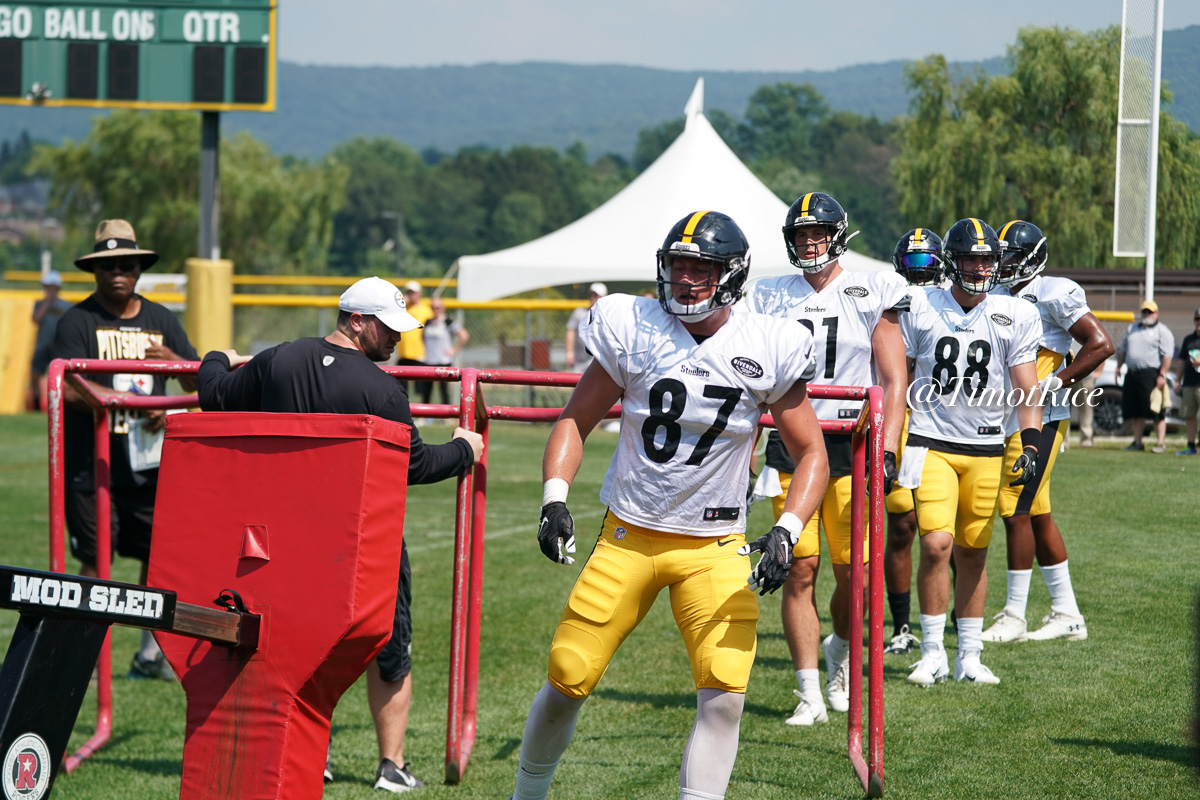 Reasoning: First-year tight end Kevin Rader got the call up from the practice squad yesterday after fellow tight end Zach Gentry was placed on the Reserve/Injured List. While Gentry’s injury is believed not to be season-ending, and there is a chance that Rader may not even get the opportunity to dress, it nevertheless opens the door for him to make his debut.

Originally signed by the Green Bay Packers out of Youngstown State as a college free agent in 2018, Kevin Rader first signed with the Steelers as a futures player at the start of 2019. He showed enough to stick all through the Spring and Summer, making it onto the practice squad last year, where he remained all season.

He has been on the practiced squad all year in 2020, as well, serving behind Eric Ebron, Vance McDonald and Zach Gentry as the fourth tight end (though the Steelers used Jerald Hawkins as an extra lineman as technically their third tight end).

There is a potential window of opportunity for him now, with Gentry having been injured while it remains unclear whether or not McDonald will be physically ready and in football shape in time for tomorrow’s game.

If he’s not, it is all cut certain that Rader will have to play and serve as the Steelers’ blocking tight end, something he is capable of doing, at least based on preseason and college tape. Even if they are unsure of McDonald, they may dress all three tight ends for he first time this season to be on the safe side.

Making your NFL debut against the Baltimore Ravens is not exactly ideal. They have some legitimately stout run defenders on the perimeter like Matt Judon that he would have to contend with if he does play. But they may just run between the tackles anyway with Brandon Williams missing, and potentially Calais Campbell as well.