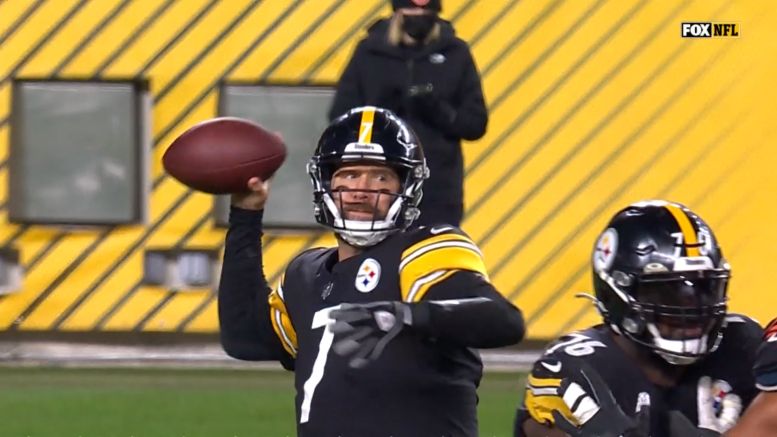 Reasoning: After a slow start, Ben Roethlisberger finished Sunday’s game with his best performance of the season, throwing for season highs in both passing yards and touchdowns en route to a commanding 36-10 blowout victory.

Sure, let’s start with the obvious this week. Ben Roethlisberger was the best player on the field on either side of the ball. The only real blemish in his game on the evening, as it has been throughout much of the year, has been the deep ball, but strong winds affected that in yesterday’s game.

At a certain point, the national media is going to have to start bringing Roethlisberger’s name up in the possible MVP conversation, particularly as players like Russell Wilson finally hit dips in their own performance. Roethlisberger, after all, has his team out to a 9-0 start with among the best touchdown-to-interception ratios in the league. Patrick Mahomes and Aaron Rodgers are putting up cartoonishly good numbers, admittedly, but his name deserves to be mentioned for once.

The Steelers are not perfect in any phase of the game, but good teams work around their faults, and that’s what Roethlisberger has been able to do with the offense while helping them to become among the highest-scoring teams in the NFL, even without elite efficiency.

It’s really quite amusing at this point that anybody had been questioning whether or not Roethlisberger was holding the team back. He is just a guy who continues to get the job done week in and week out, and when the scoreboard hits zero, his team is on the winning side.

There are only three other teams left with two or fewer losses, and two of them are in the NFC. Roethlisberger’s performance has been instrumental in their 9-0 start, even with good play from the defense. And it looks as though he is only just hitting his stride in the middle of the year. That should be exciting.