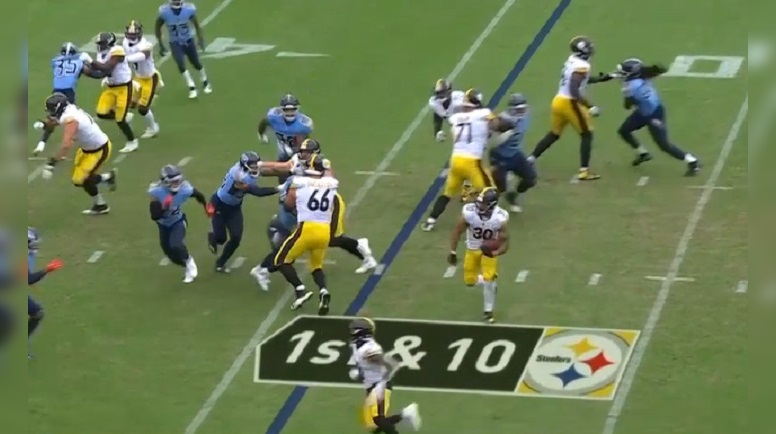 The Pittsburgh Steelers got starting right guard David DeCastro back on Sunday against the Tennessee Titans and the former first round draft pick out of Stanford played reasonably well overall, and especially as a pass protector. With his first game back from an abdominal injury that cost him the team’s Week 6 game, DeCastro was asked on Monday to reflect on the three games he’s missed this season due to injuries.

“Yeah, I have dealt with injuries in the past, DeCastro said. “This year’s kind of been weird just having the knee in training camp and then coming back, feeling good and then getting the oblique thing. You definitely appreciate it more when you’re on the sideline, that’s for sure. You see how much you miss it, playing with the guys. I think you’re very thankful when you’re healthy because you look around the league every year, there’s tons of guys getting hurt. So, you’re just appreciative and work hard to maintain that.”

After missing the team’s first two games of the season with a knee injury, DeCastro returned in Week 3 and played every snap against the Houston Texans, a total of 80. The following week against the Philadelphia Eagles, DeCastro suffered an abdominal injury, which evidential was an oblique injury of some sorts. He only played 22 snaps against the Eagles and ultimately missed the Week 6 home game against the Cleveland Browns.

While DeCastro has been sidelined, rookie guard Kevin Dotson has mostly been playing in his place and playing well to boot. Even so, DeCastro is still an All-Pro guard when fully healthy and hopefully his string of bad luck is now behind him. The Steelers Week 8 game is against the Baltimore Ravens, a team that DeCastro knows very well. It’s important that he and the rest of the Steelers offensive line play well Sunday in Baltimore and he looks forward to the first 2020 meeting between the two teams.

“These are the games, the AFC North football,” DeCastro said. “It was like that with Cleveland [a few weeks ago], they were a great record coming in and those are the important divisional games. Those have always been hard. Whoever’s hot. It was Cincinnati a couple years back, Baltimore recently. Just games are always hard fought, and Baltimore has always been consistent, well coached, You know what you’re going to get from them, well coached, hard playing team and it’s going to be a good test.”

As far as the the Steelers 2019 regular season finale against Baltimore goes, DeCastro has already blocked out that home loss to them.

“I kind of wiped last year out a while ago,” DeCastro said on Monday. “I think the year was just awful, especially on our side of the ball. So, I don’t even thinking about it anymore, to be honest. It’s nice to be doing a lot better this year and looking forward to a good Ravens team that we know are going to play us hard the way they always do.”