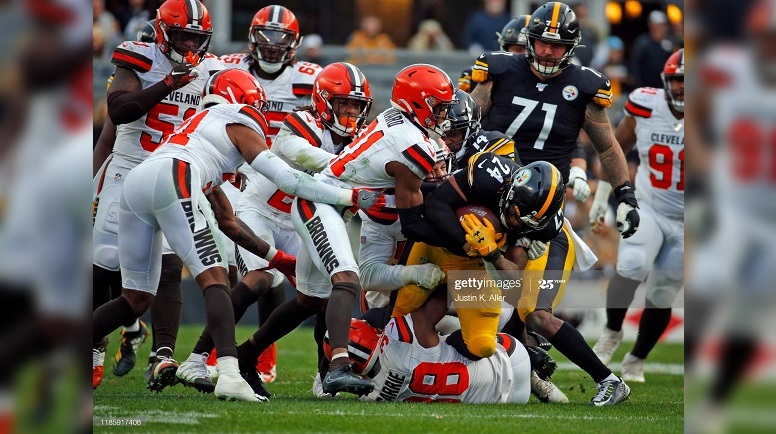 It has been too long since a Pittsburgh and Cleveland matchup had any luster. But that is about to change as the undefeated Steelers play host to the 4-1 Browns. A highly anticipated game, there are numerous metrics in which this contest takes on a “who is going to break first” angle.

Which unit will win out in Wk 6? pic.twitter.com/kk0Z0FWeym

All things considered, I think it is fair to say that this is truly one of those games that are going to be won in the trenches. As PFF correctly pointed out, the Steelers have the top pass-rush in the NFL while the Browns have the best pass protection in the league. It is a classic scenario of “something has to give.” And it is certainly an interesting thing to keep an eye on during the game on Sunday. 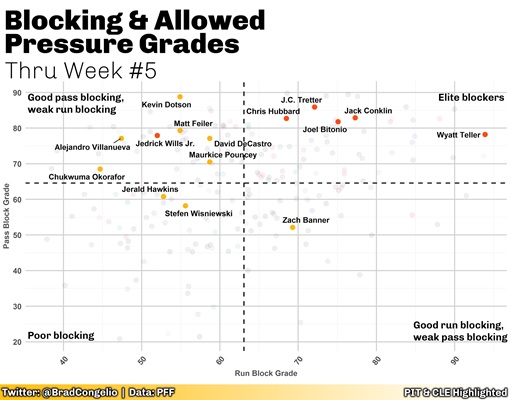 According to the Blocking and Allowed Pressure grades from PFF, the majority of the Browns’ offensive line falls into the elite category. That said, the Browns have not faced a blitz onslaught like the Pittsburgh defense is likely to provide. Thus far, Baker Mayfield has faced just 49 blitzes. On the other end, the Steelers defense has sent pressure over 80 times already this season. Nearly half of Pittsburgh’s defensive play calls four games into the season have included some variation of a blitz. Individually, Keith Butler makes abundant use of his young, fast, and talented linebacker core with Bud Dupree having blitzed 37 times this season and teammate T.J. Watt following close behind with 34 blitzes. Despite the above graph showcasing them as an elite unit, it is likely that Sunday’s matchup will reveal the true ability of the Browns offensive line to protect Mayfield. 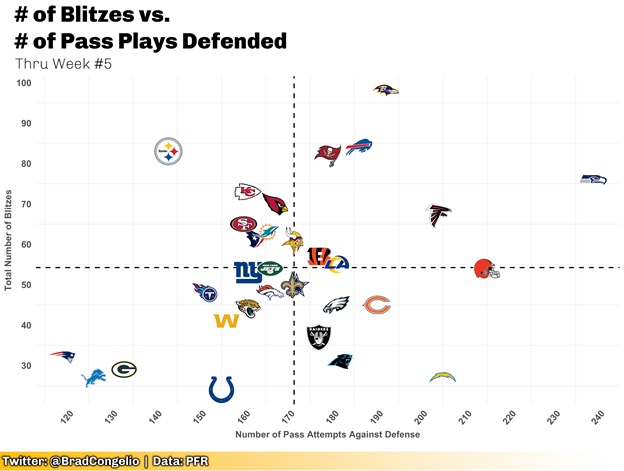 While the Pittsburgh pass rush versus the Browns pass-blocking scheme is a truly intriguing matchup, not enough focus is being placed on another key battle in this game: the Browns rushing attack against the Steelers interior linemen. Why is this another vital battle? Because the Browns are one of the least pass-heavy offenses in the league. With just 154 attempts, Cleveland sneaks just inside the top-25 in the NFL.

On the other hand, the Browns currently lead the NFL in rushing with 942 total yards and rushing yards per game with 188.4. As well, they are a tenth of a yard away from also leading the league in yards per carry. The duo of Kareem Hunt and Nick Chubb has provided quite a rushing attack on the shore of Lake Erie. However, according to Football Outsiders, the Steelers defensive line has a 1.97 in adjusted line yards, which is just absurd. The second-place team, Tampa Bay, has an adjusted line yards of 3.17. As seen in the graph below, the Steelers have perhaps the most fearsome front seven in the NFL. 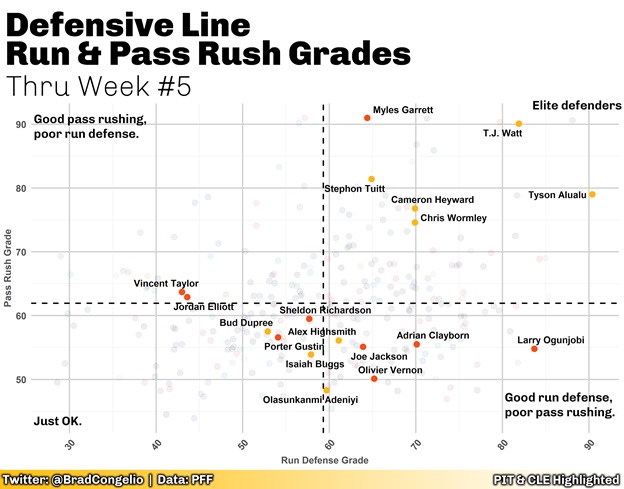 A significant amount of credit for the defensive line’s dominance has to be given to Tyson Alualu, a 2010 first-rounder who is finding a resurgence after filling in for departed Javon Hargrave. According to PFF, Alualu is one of the premier run stoppers in the league. Much like rushing or passing yards, not all tackles are created equal. The Run Stop Percentage metric takes into consideration the amount of yardage the runner gained prior to being tackled. In that case, not too many running plays get by Alualu when they come to his area of the field. But, avoiding Alualu is perhaps not the best decision an offense can make when Stephon Tuitt is in the trenches as well. Running outside has proved to be difficult against the Steelers as well, as Mike Hilton has cemented himself as the best run-stopping defensive back in the league. 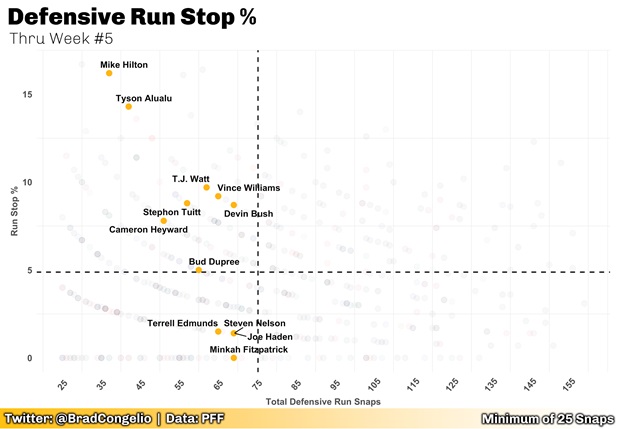 However, even the league’s best run-stopping unit may have difficulty against Hunt and Chubb, both of which are ranked among the most elusive running backs in the league. The elusive rating, one of PFF’s metrics, examines the success and impact of any one runner by subtracting any influence of the offensive line blocking in front of him. It is a measurement of how difficult a running back is to track and bring down. Despite below-average carries compared to other running backs, Hunt and Chubb are among the most elusive and difficult to bring down backs in the league. Because of this, it is unsurprising that Chubb and Hunt are in the top three in the league for average yards after contact (3.6 and 3.3, respectively). 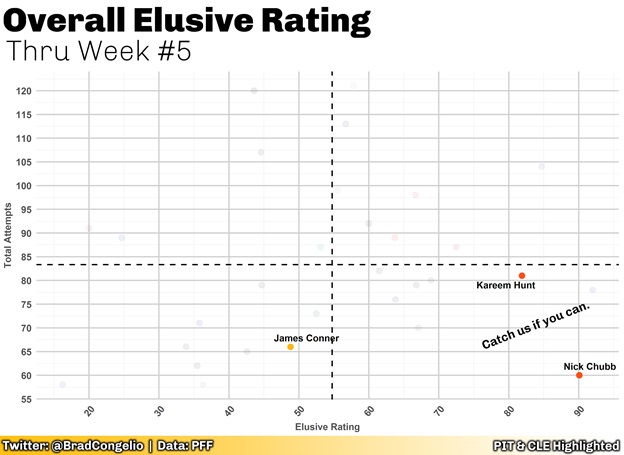 Sunday’s game is shaping up to be an awakening for one of these teams. Is the Browns offensive line as good as advertised despite not facing a swarming pass rush thus far in the season like the Steelers will be bringing? Is Pittsburgh as good in the trenches as the early metrics seem to indicate? Or will the elusive Hunt get the best of that battle with Chubb sidelined by injury?