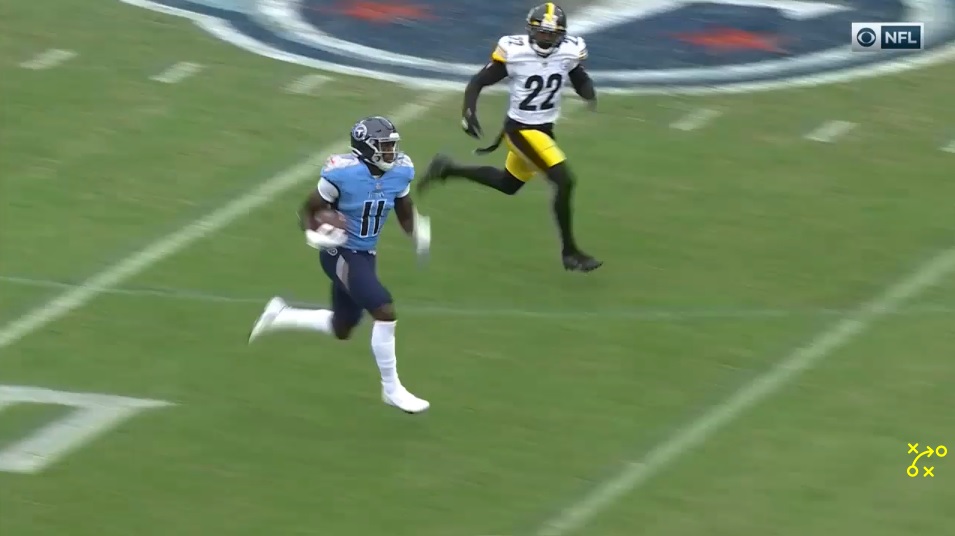 Vince Williams didn’t see the ball. Minkah Fitzpatrick missed the tackle. But ultimately, Mike Tomlin’s taking the blame for AJ Brown’s 73 yard score Sunday and his overall, dominant performance against the Steelers. In his Tuesday press conference, Tomlin said he didn’t do a good enough job preparing for the Titans’ star receiver.

“We really had our attentions on the runner, as you know,” Tomlin said. “And largely we were able to minimize his impact on the game. Didn’t like the big play we gave up. I absorb some of the responsibility for that. Initially when we were preparing for this game, Brown was not an active guy. Maybe we didn’t give him enough attention and prep…there’s some lessons to be learned not only in terms of playing but planning and schematics. We’re all just trying to grow every week.”

Brown’s status was a bit uncertain throughout the week, failing to practice on Thursday. Brown had battled a knee injury during the season, missing a couple games. But by Friday, Brown practiced fully and listed without an injury status for Sunday’s game.

Brown went off against the Steelers, leading both teams with 153 yards, that touchdown, and six total catches. With Derrick Henry held in check, Brown was the focal point of the Titans’ offense and the Steelers rarely had an answer for him.

His 73 yard touchdown was a turning point of the game. Tennessee began that drive down 27-7, an ugly first half carried over into the start of the second. They went three and out on their first possession with the Steelers taking the ball and kicking a field goal. But Brown’s score breathed life into the game and the Titans nearly completed the comeback, thwarted only by Stephen Gostkowski’s kick that narrowly sliced right.

Kudos to Tomlin for bearing the blunt of the blame on the play but obviously, players have to do their jobs too. Williams failed to find the football, Tannehill’s pass whizzing just past him, while Minakh Fitzpatrick took a poor angle and had an even worse tackle attempt that cleared Brown into the open field. The Steelers’ defense will see plenty of speed this Sunday against Baltimore, highlighted by Hollywood Brown, one of the league’s fastest wideouts.