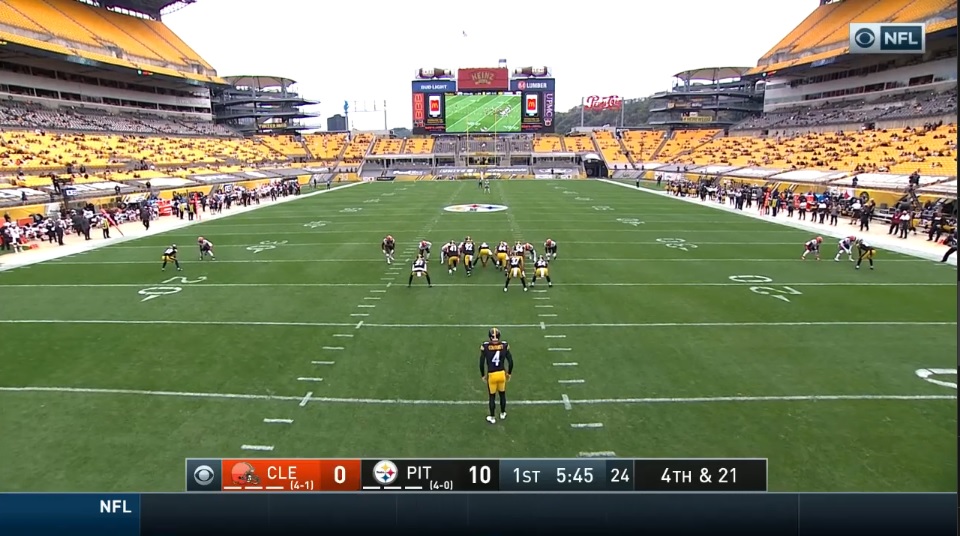 Death, taxes, Steelers’ punters making fans nervous. 2020 isn’t so different after all. Through the teams first five games and the first six weeks of the season, Pittsburgh has among the worst punting numbers in football. And they might be close to making a change.

Talking with reporters during his weekly Tuesday presser, Mike Tomlin said Dustin Colquitt and the punting unit must turn things around. And fast.

“I acknowledged that our punting is not up to snuff,” Tomlin said. “We got to get better in that area and we’re willing to do whatever’s required in an effort to do so.”

That requirement might be a new – well, really an old – punter. The team is bringing Jordan Berry in for a visit this week. Berry punted for the team from 2015 to 2019 before being cut to make room for Dustin Colquitt prior to Week One. Not only has Colquitt failed to be an upgrade, he’s actually performing worse than Berry did last year. And the weather hasn’t even turned cold yet.

Colquitt is tied for 27th in gross average at just 43 yards. That’s his lowest mark since his rookie season; Colquitt has averaged at least 44 yards per punt in 14 straight years. His numbers don’t look any better when it comes to net either. He has the NFL’s worst net average at 37.1 yards, that’s 30th in football. He makes Berry’s 2019 numbers, (45.5 gross/40.9 net) look like All-Star figures.

So it’s certainly possible the team makes a change as early as this week. The one thing Colquitt has done well is bail out a couple of bad snaps from long snapper Kameron Canaday, including this groundball Colquitt salvaged against the Browns Sunday.

But holding alone might not be enough to save his job. If Berry isn’t signed this week, Colquitt will still be on an undeniably short leash. He and this unit must pick things up quickly or the team will begin making personnel changes.