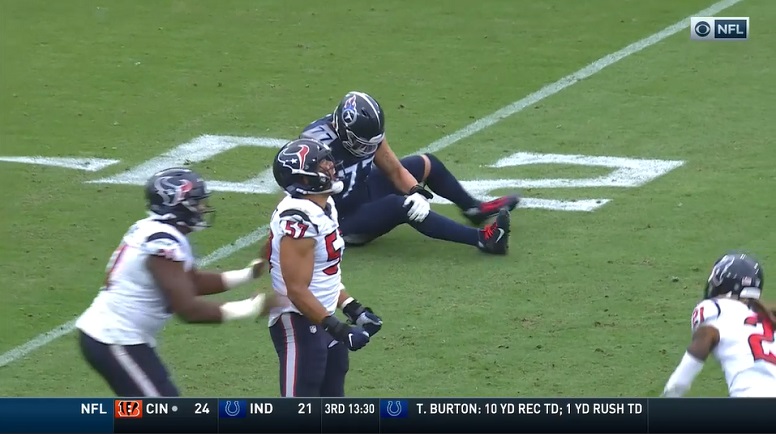 First, Titans starting left tackle Taylor Lewan will miss the remainder of the 2020 season after suffering a torn ACL on Sunday against the Houston Texans. That’s a huge loss for the Titans as he’s Lewan is the team’s best offensive lineman.

I wanted to let everyone know I got an MRI today. I Tore my ACL yesterday against Houston. Don’t feel sorry for me, I’m going to handle this rehab like a Pro and come back better than ever. Thank you @Titans fans for your support. #NoBadDays

With Lewan now out for the season, tackle Ty Sambrailo will likely be forced to start at either left or right tackle against the Steelers in Week 7. The Titans starting right tackle, Dennis Kelley, does have experience on the left side, however, as he replaced a suspended Lewan for the first four games of the 2019 season. Tennessee also has first-round pick Isaiah Wilson, who could potentially fill in on the right side, should Kelley move to left tackle.

Titans’ TE Jonnu Smith is dealing with a “minor” ankle sprain and is expected to be considered questionable for Sunday’s game against the Steelers, per source.

Anthony Firkser would likely get more playing time if Smith is sidelined against the Steelers. Frisker had a career game against the Texans on Sunday as he caught eight passes for 113 yards and a touchdown.