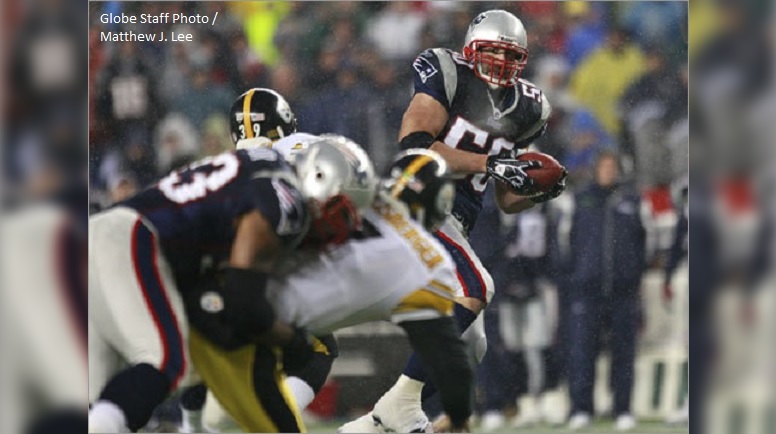 The Pittsburgh Steelers will play the Tennessee Titans on Sunday in Nashville and it should be a great game between the two 5-0 teams. Titans head coach Mike Vrabel is certainly familiar with the Steelers and quarterback Ben Roethlisberger as not only did he play for the organization during his first four seasons in the NFL as a player, he also played against them multiple times as well as a member of the New England Patriots. Vrabel is also the only current or former NFL head coach that has intercepted Roethlisberger.

On Wednesday, Roethlisberger was asked to comment on Vrabel during his weekly press conference and specifically what he remembers about him as a player.

“Yeah, he was a great football player,” Roethlisberger said of Vrabel. “Smart, athletic. I think he tipped a screen pass of mine once and intercepted it. He was a good football player and transitioned obviously into a great coach.”

During his Wednesday press conference, Vrabel was asked if he remembers intercepting Roethlisberger in that 2008 game.

“I remember the interception,” Vrabel said. “I only had 11 of them (in my career]. So, he’s in elite company there.”

Interesting enough, all 11 of Vrabel’s career NFL interceptions came with him being a member of the Patriots. Two of them came against the Steelers as he also intercepted quarterback Kordell Stewart early in a 2002 game at Gillette Stadium. The Patriots went on to win that game 30-14.

“I remember playing Tennessee in Tennessee,” Roethlisberger said. “It’s always so tough. I’ve never really played well there. It’s going to be different, obviously, to go back on the road since Week 1. I’m not sure how many fans they’re allowing in. I know there’s some there, but that was always a big part of playing there. It always felt like it was cold. It always felt like the fans were really rowdy. It’s going to be different this time. They’re always a good team at home for sure.”