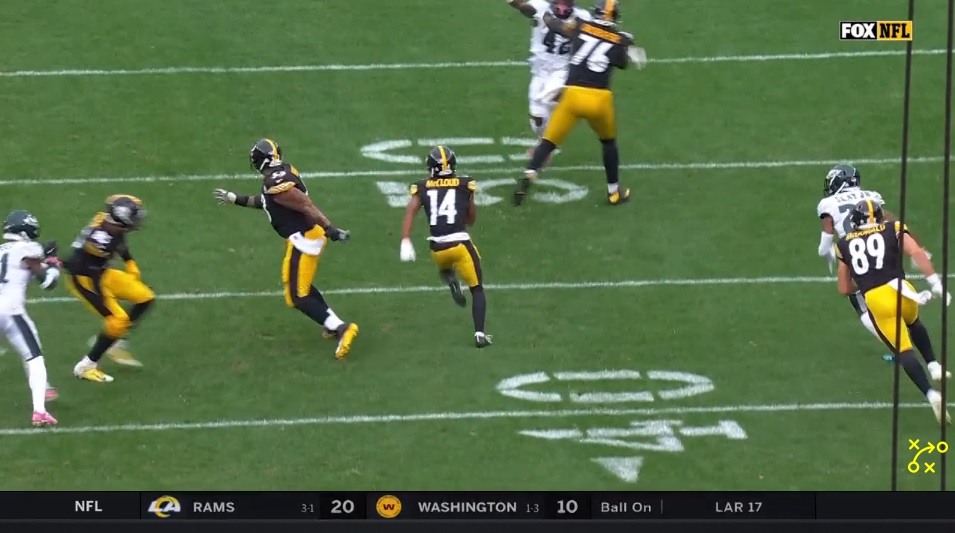 There’s only so much of 2020 I can handle. What’s putting me over the top is the realization the Pittsburgh Steelers’ kick return game might actually not suck.

For the last three seasons, Pittsburgh has finished in the bottom five in kick return average. For the past two, they’ve been 31st. Even with Ray-Ray McCloud, there was no reason to expect anything different this season. New returner, same terrible output.

It’s only been six weeks, five games for the Steelers, but Pittsburgh’s kick return game is among the best in football. They currently sit with the fifth best average. Here are those top five.

I already know what you’re going to say. It’s early, the sample size is small. Pittsburgh has only nine returns and some teams, like Miami and Denver, have even fewer. One good or bad return can dramatically skew the numbers. All of that is fair. But still, there’s reason to think this number is sustainable.

It’s worthy to do a deeper dive breakdown later in the season but the blocking up front, the return game’s biggest problem the past three years, has improved. Guys are holding their blocks better, communication and timing has improved, and penalties aren’t negated good field position. And McCloud is an energetic returner whose come *so* close to breaking one the other way. It stands to reason he’ll bust one past midfield, and hopefully into the end zone, at some point this season. If and when it happens, it’ll be the team’s first KR touchdown in nearly three years. He’s averaging 27.5 yards per kick, well above anyone else’s average over the past four years.

It’s taken a rolodex of returners, a different one every single year since 1993, but they’ve found a good one in McCloud and this unit is working well together. Not to go all Flint Tropics on you, but I’m hoping for even better. Let’s get this team to fourth place.