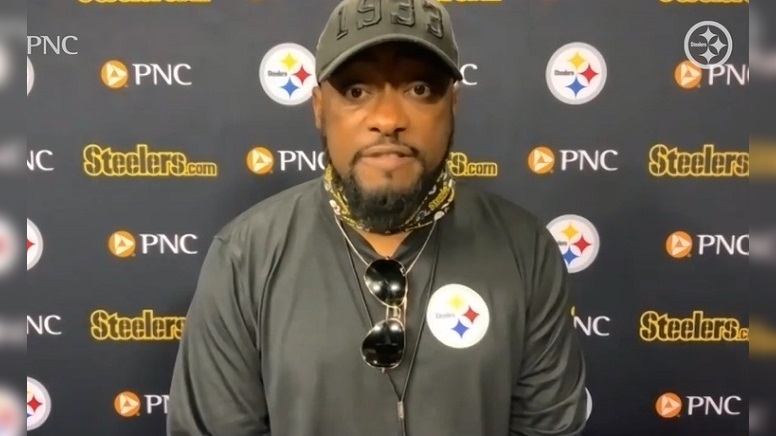 Officially, the Pittsburgh Steelers were scheduled to travel south to face the Tennessee Titans. That game has been postponed, so officially, their next game is a week five game at home, playing host to their cross-state rivals, the Philadelphia Eagles. And at this point, that is the only fact that matters.

“You know, I’m a tangible guy”, head coach Mike Tomlin told reporters yesterday when he went in front of the media (virtually of course) to address the postponement of their game. “The next tangible thing for us is the Philadelphia Eagles. That’s where my attentions are transitioning toward. I’ll let the people that handle that business focus on that”.

It’s ‘we’re on to Cincinnati’, except this isn’t avoiding a legitimate question, but simply refraining from engaging in pointless speculation. It’s not the Steelers prerogative right now to worry about what the Titans are doing or when they are playing them or what the implications will be of the game being moved.

To do so is to do a disservice to themselves in their preparation for the Eagles, who despite frankly not being a very good team this year nevertheless will not be an easy out—especially if they are distracted by the chaos of being the first team in NFL history (along with the Titans) to have their schedule affected by Covid-19.

They have an important stretch of games coming up. After the Eagles, they host the Cleveland Browns the following week, and then they will face the Titans, followed by the Baltimore Ravens. That’s two important divisional games against teams who currently have a winning record, in addition to the currently 3-0 team they were already supposed to face.

Worrying about things that are outside of their control serves no purpose or positive function. There’s no reason for Tomlin to be engaging in hypothetical questions or being asked to speculate about things that he can’t possibly know.

This is the way he should be answering questions. This is what his focus should be on. The next game on the schedule is tangible. The collateral damage of their scheduled week four game being moved is not. It’s something to be addressed down the road, when it becomes relevant.

Would the Steelers prefer to play Tennessee this week and have their schedule be as it was meant to be? Of course they would. Are they happy about the Ravens being thrown a bye week right before they play them? Obviously not. But discussing it, no many how loudly or angrily, won’t change the fact that the only thing that matters right now is getting ready for the Eagles.