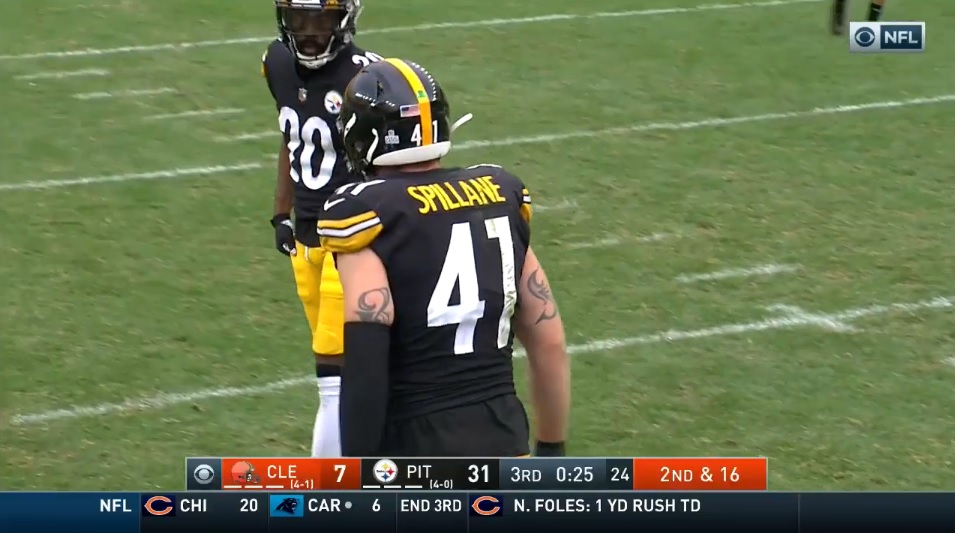 As we’ll do every week to get you ready for the upcoming game, our X Factor of the week. Sometimes it’s a player, unit, concept, or scheme. Our X Factor for tomorrow’s game against the Tennessee Titans.

Because come on, who else would it be?

The number one question mark heading into this game is life without Devin Bush. The Titans are dealing with their own injury issues, losing LT Taylor Lewan to a torn ACL himself, so like Mike Tomlin, we’re not hear to make excuses or feel sorry for ourselves, but going from Bush to anyone is a major drop-off.

The good news is the Titans aren’t the Chiefs. They aren’t as fast, as up-tempo, as much of a headache for a guy like Spillane. His calling card is his downhill capability and he’ll be quickly tested against Derrick Henry and that potent Titans’ attack. He’ll have to pick up where he left off last week against Cleveland to keep Henry at bay.

Bigger questions are everywhere else. Athleticism and communication. Can he function well enough in space? I compared him to Vince Williams which isn’t a slight but your defense is a lot more flexible when you have a Bush type and a Williams type as opposed to two of the latter. You can bet Tennessee is going to test Spillane. Maybe they target the heck out of TEs Jonnu Smith and Anthony Firkser. Perhaps they play backup RBs Jeremy McNichols and especially rookie Darrynton Evans, a speedster who can present problems on the perimeter and/or short passing game. Either way, they’re going to see how much of a falloff there is without Bush.

And of course, there’s communication questions. Spillane wore the green dot replacing Bush last weekend and by all accounts, did a good job. He also has an excellent supporting cast around him, including Vince Williams, as smart and sound a communicator as you’re going to find. But by the time Spillane came on field last week, the game was over and the Browns had pulled the plug on trying to win.

This Sunday is going to be a little different. Spillane also isn’t expected to play every single snap like he did replacing Bush against the Browns. If Spillane is the signal caller and comes off the field, who replaces that role? In that sense, the X Factor falls more on Keith Butler and Mike Tomlin but by game’s end, we’re either talking about how well or how poorly Spillane played. His performance has a strong correlation to the defense’s performance and the outcome of this game.