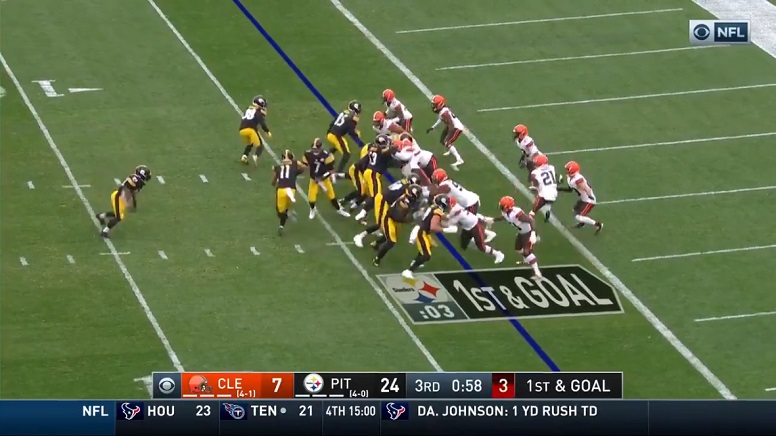 The Pittsburgh Steelers continued their use of offensive motion at the snap of the football in their Sunday win against the Cleveland Browns and in this game they had quite a bit of success in the process.

In total, the Steelers ran 14 offensive plays that included motion at the snap with one of those being wiped out by a penalty. All 14 plays were runs and 9 of them resulted in the play being successful.

In total, those 14 runs resulted in 49 yards being gained. The longest run was 8 yards by Conner early in the fourth quarter.

Below is a listing of the 13 plays if you would like to watch them.