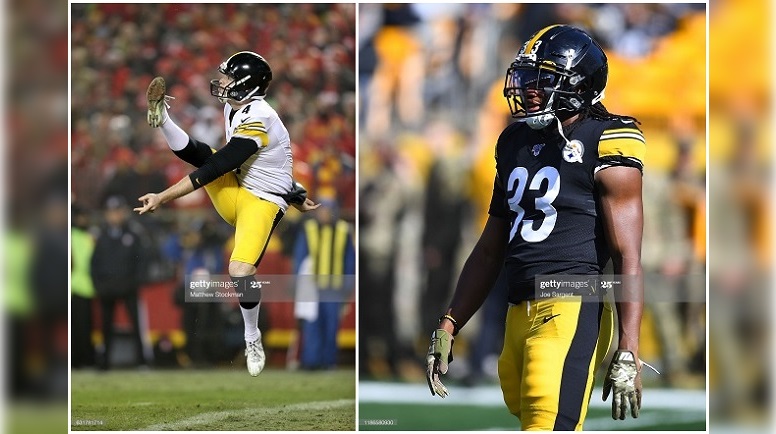 The Pittsburgh Steelers made a few transactions on Saturday and they include a punter being signed and two players being elevated from the practice squad.

According to the team on Saturday, the Steelers signed punter Jordan Berry to the roster and also elevated running back Trey Edmunds and outside linebacker Jayrone Elliott from the practice squad.

Berry, who spent the last five seasons in Pittsburgh as the Steelers punter, was released by the team just prior to the start of the regular season after veteran punter Dustin Colquitt was signed. Colquitt was very disappointing in the Steelers first five games of the season and he was released on Friday. Berry was reported to be a free agent visitor much earlier in the week.

In his five previous seasons as the Steelers punter, Berry punted 328 times for an average of 44.2 yards. 131 of those punts were inside the opponent’s 20-yard-line. His net average, however, was just 39.9 yards. He’s only had one punt blocked during his NFL career.

As for Edmunds, who was elevated to the Steelers 53-man roster from the practice squad for the team’s Week 4 game, he has been on the practice squad all season. He is being elevated again this weekend due to fullback Derek Watt missing Sundays game against the Titans with a hamstring injury. In the Steelers Week 4 game against the Philadelphia Eagles, Edmunds played six offensive snaps and 12 more on special teams.

As for Elliott, he will now dress and play om Sunday against the Titans and this is the first time this season he’s been on the 53-man roster. He’s been on the practice squad all season. He will help on special teams on Sunday as well.

The elevation on Saturday of Edmunds and Elliott now means the Steelers will have seven inactive players for their Sunday game against the Titans. That list of seven players should include Watt, cornerback Mike Hilton, guard Derwin Gray, tight end Zach Gentry, quarterback Joshua Dobbs and defensive tackle Carlos Davis. Henry Mondeaux, promoted from the practice squad on Friday, might be the seventh inactive player for the Steelers on Sunday.