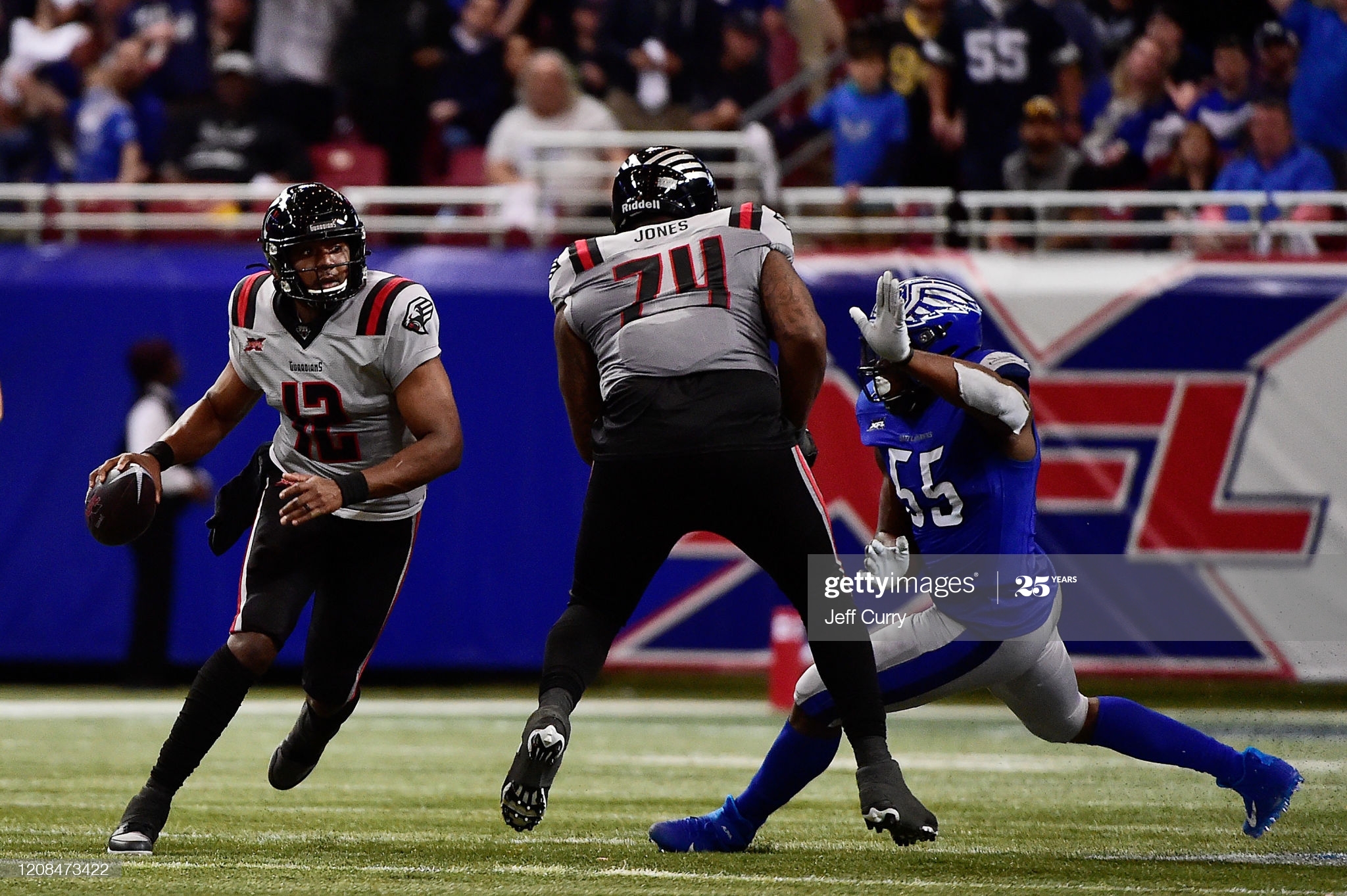 Pittsburgh Steelers OT Jarron Jones was arrested and charged on multiple counts following a Saturday morning domestic dispute between him and his girlfriend, according to police.

Per the Pittsburgh Post-Gazette, police were called at 2 AM Saturday morning. From the PPG.

“When first responders arrived at the scene, they found a woman walking downstairs from the second floor apartment breathing heavily and crying, according to the criminal complaint. The woman told police a man, later identified as Mr. Jones, was upstairs in the apartment and that there had been a physical altercation between them, according to the complaint.

Police charged him with aggravated assault, simple assault, and strangulation.

Jones has been on the Steelers’ practice squad since being cut following training camp. Undrafted as a defensive end out of Notre Dame in 2017, Seattle converted him into an offensive tackle. Pittsburgh signed him to a futures deal in the offseason, one of several XFL players they inked.

The criminal complaint detailed the allegation.

“We are aware of the situation regarding Jarron Jones. We are gathering all of the details of these disturbing allegations, but we will not comment any further at this time.”

According to the paper, a hearing is set for November 24th at 1:15 PM.

Last year, OLB Anthony Chickillo was involved in a dispute with his then-girlfriend. He was placed on the Commissioner’s List until the charges were dropped. Chickillo then finished out the rest of the season with the team.