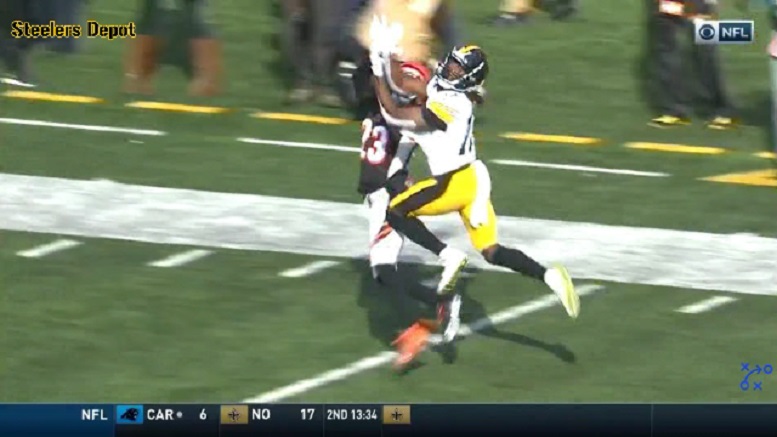 The Pittsburgh Steelers made one transaction on Saturday and it’s one that once again isn’t totally unexpected.

According to the team on Saturday, wide receiver Deon Cain has been elevated to the active roster from the practice squad.

Cain, who has been on the Steelers practice squad all season, will now likely dress on Sunday against the Cleveland Browns. His promotion from the practice squad was needed with Steelers wide receiver Diontae Johnson being ruled out for Sunday’s game with a back injury.

Last season, Cain, who was originally drafted by the Indianapolis Colts in the sixth round (185th overall) of the 2018 NFL Draft out of Clemson, registered 9 receptions for 124 yards. The Steelers signed Cain off the Colts practice squad on November 16, 2019.